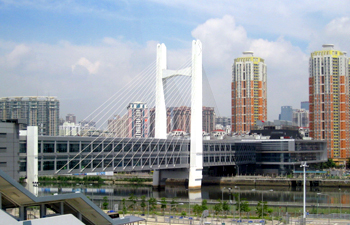 Shenzhen is the first city in China to be designated as Special Economic Zone(經濟特區). Prior to being awarded its special economic zone status, the city remained a small border city and entry/exit point to/from China. In 1979, the administrative status of Bao'an County(寶安縣) was elevated to Shenzhen City. In the following year (1980), the Shenzhen Economic Zone was established, which accelerated the rapid development of the engineering industry fueled by capital from overseas Chinese and foreign joint ventures, which allowed the city to transform itself into a modern industrial city.

Gwangzhou railway(廣九鐵道) connecting Guangzhou, China and Hong Kong passes through Shenzhen, the city has borders with the Kowloon Peninsula and Shenzhen River. The city governs Bao'an County, and the Shenzhen Dam situated in the city center supplies drinking water to Hong Kong.