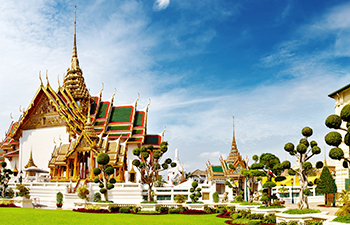 Bangkok is the capital city of Thailand, which has maintained an independent kingdom for approximately 3,000 years. It is also a hub of politics, economy, culture and transportation, with abundant tour resources, such as cultural heritages and tour attractions, while playing a role as a gateway connecting the East and the West

Chongqing plays a central role in the economy, trade and engineering within the Chinese inland region and drives economic growth in southwestern China. China’s western development was also initiated from Chongqing.

As one of the most world-renowned tourist cities, it houses Suvarnabhumi International Airport, serving about 50 worldwide airlines, while generating 44% of national GDP

It is one of the most dynamic cities in terms of economic production, showing the fastest growth among East Asian countries. Its flagship industries range from medical tourism, conventions to film.