Busan is the 2nd largest city and the number one trading hub in Korea, with a population of 3.4 million and a total area of 770.2 square kilometers as of 2021. Since it opened the first Korean international port in 1876, the city has become the hub of trade, commerce and industry.
Global events including the Asia-Pacific Economic Cooperation Conference, the Busan International Film Festival, the Busan International Fireworks Festival, and various other sea festivals are held each year, and it is a tourist destination with Asia’s largest department store, Haeundae beach, and a yachting center.
Located on the southern tip of Korea, it is a historic city that served as a temporary capital during the Korean War, where refugees who fled from the north built villages. 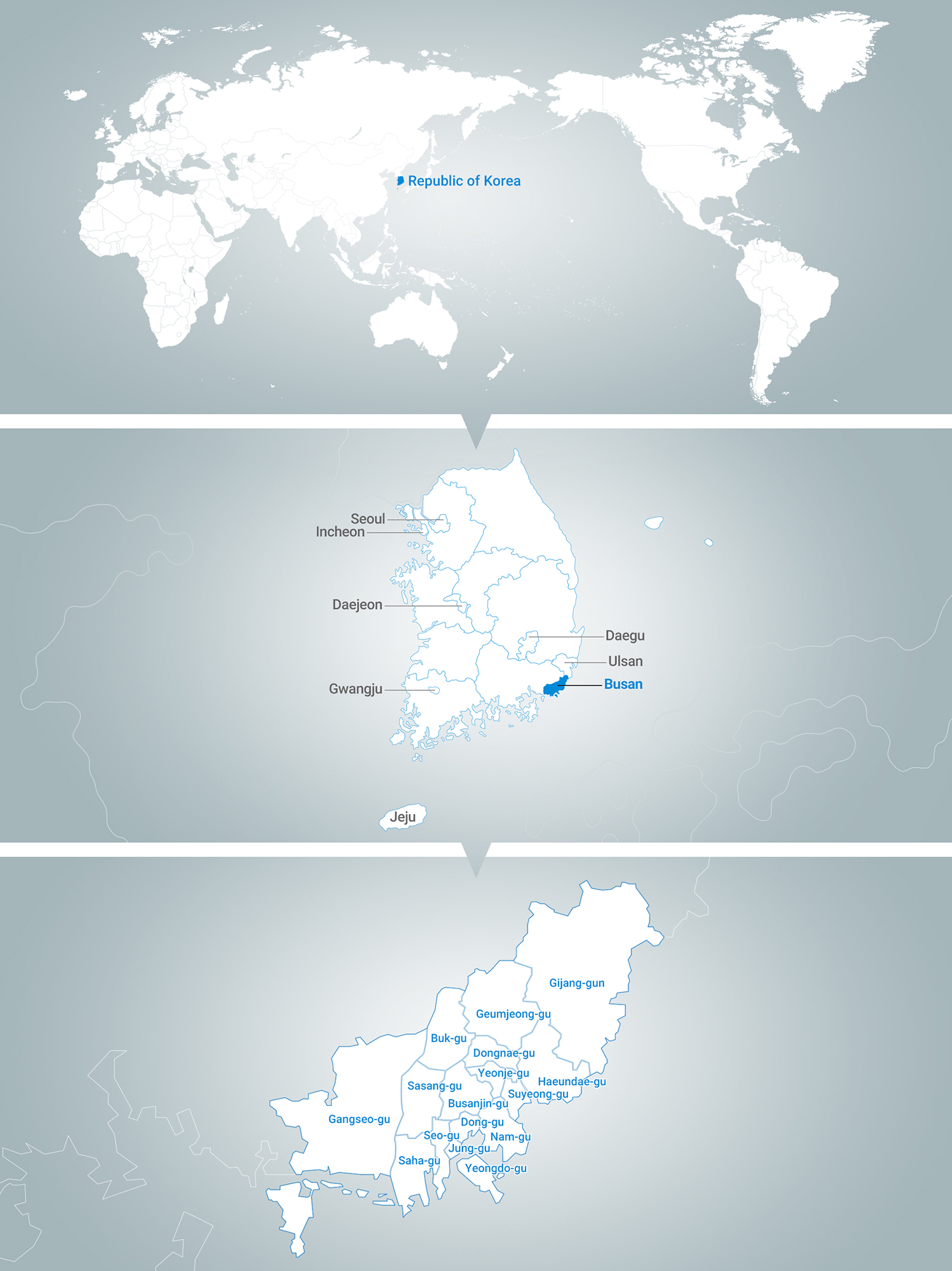