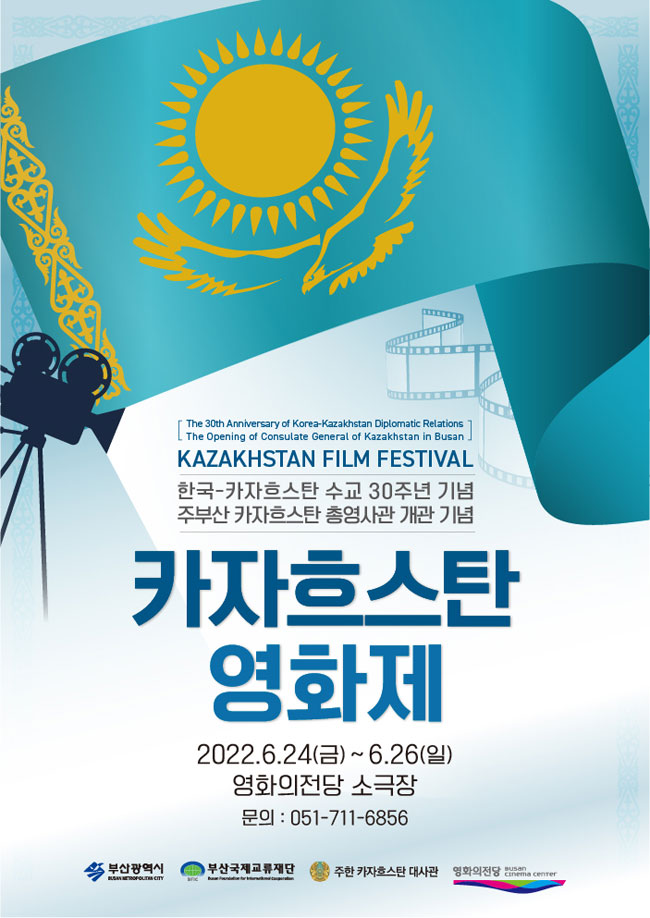 The Busan Foundation for International Cooperation and the Embassy of the Republic of Kazakhstan in Korea are jointly hosting the Kazakhstan Film Festival from June 24 to 26 for three days at the Busan Cinema Center to commemorate the 30th Anniversary of Korea-Kazakhstan diplomatic relations and the opening of the Consulate General of Kazakhstan in Busan.

Kazakhstan, officially the Republic of Kazakhstan, is located in the center of the Eurasian continent at the crossroads of two continents – Eastern Europe and Central Asia.

The Horse Thieves, Roads of Time

The Secret of Leader

Er Tostik and the Dragon