Public Facilities as part of the First Phase of the Busan North Port Redevelopment Project Open to the Public on May 4, 2022. 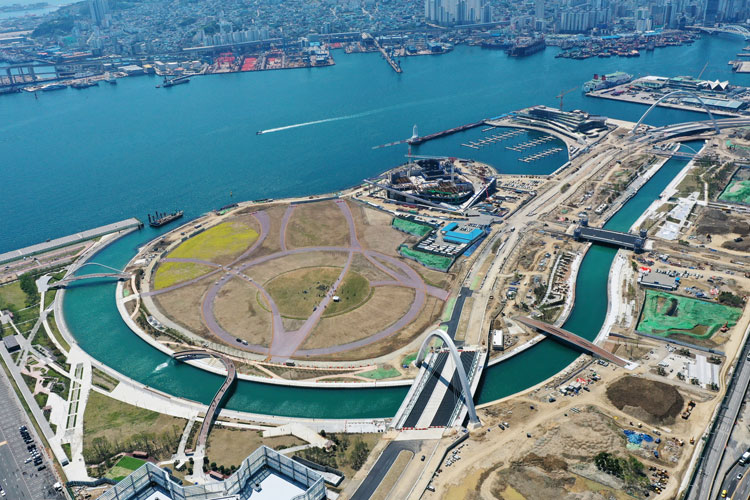 The city of Busan has announced that the public facilities as part of the first phase of the Busan North Port Redevelopment project are open to the public as of May 4, 2022. The North Port is opening its door to the public after 146 years.

Since the opening of Busan New Port in 2006, the unused Busan North Port has underwent a redevelopment project that broke ground in 2008 to revitalize the waterfront area and develop the surrounding area as a tourist attraction. The redevelopment project has been in the spotlight as part of a decades-long mega-scale construction plan and is forecast to become a turning point, transforming the old, rusted area into a hot spot as a global maritime hub, which stretches a total area of 1,530,000㎡, with local and national budgets totaling 2.4 trillion KRW.

The Busan Port Authority, which is carrying out the first phase of the Busan North Port Redevelopment project, opened a 26,000㎡ waterfront cultural park area to the public last December. Then, on May 4, 2022, the rest of the public facilities, including a large-scale neighborhood park, open space with canals (about 1.3km) and 60-meter wide walking deck, opened to the public.

In addition, the landmark area will be used to create a wildflower bed totaling 89,000㎡, the largest in scale in the country, and become a site for visitors to come and enjoy them until the land is used for other purposes.

For more information, please contact the Urban Regeneration Division at (051)888-4532.