BADA TV Digital Video Contest to Be Held Until October 25 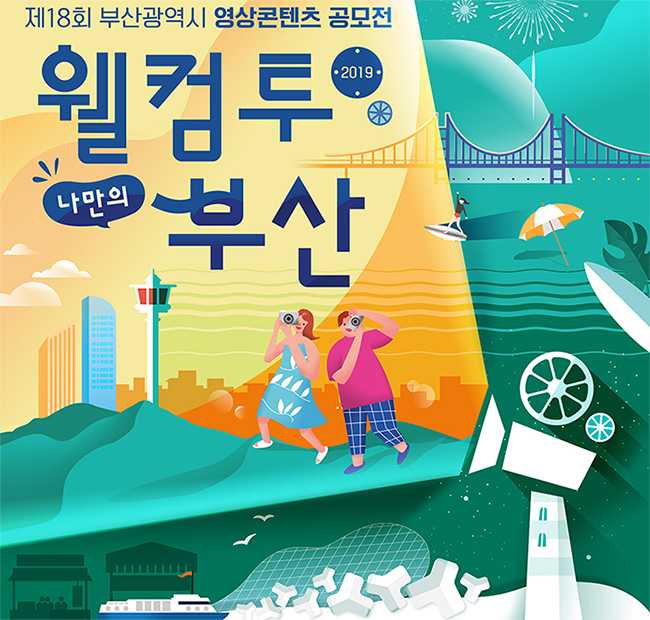 The City of Busan will be hosting the 18th Digital Video Contest until October 25th at 6:00PM as part of its project to expand visual culture and communication and to enhance the city’s status as a global hub of visual media.

The annual video contest has been held since 2002 and this year’s title of the contest is, “Welcome to Busan.” The entries will focus on the city’s features participants would like to show, promote and show off, and the city’s special charms with an inspired story or their own creative idea.

All Korean nationals and registered foreign residents in Korea are eligible to enter the contest individually or in groups.

Entries can be in any genre, including an advertisement, documentary, animation or promotional video. Any kind of digital creative video filmed with an ENG, camcorder, drone, smart phone or a digital camera can be submitted.

The application form can be downloaded from the BADA TV website at http://badatv.busan.go.kr/04_u/02_u.jsp?tn=gongmosub&reload=true&wowBlock=0&npage=0&sgb=Y&b_id=0&m_id=0&s_id=3 (Only in Korean)

For more detailed information, please visit the BADA TV website at http://www.badatv.com or by calling the New Media Division at (051)888-1384.