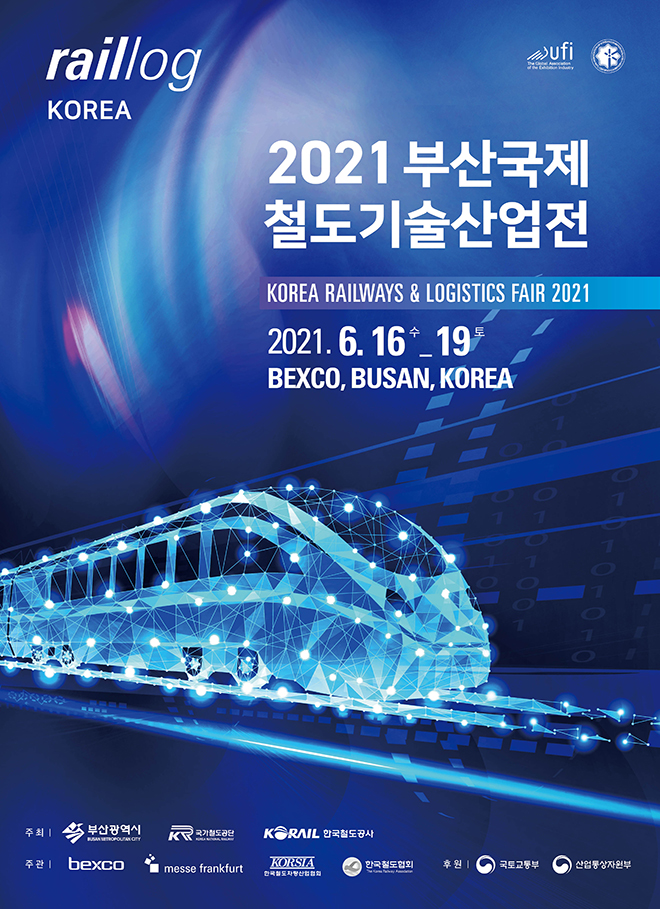 
RailLog Korea (Korea Railways & Logistics Fair), Korea’s only (and one of the world’s top four) railway industry expos, will be held this year for four days starting on June 16 at BEXCO.

Considering the fact that the most important aspects of the expo are showcasing companies with sophisticated technologies and matching such companies with buyers who are interested in the technologies, RailLog Korea is being increasingly recognized as the ideal (and much-needed) platform for the railway business. Held biannually, RailLog Korea has traditionally been participated in not only by KORAIL and Korea National Railway but also municipal companies (Busan Transportation Corporation, SR, etc.) and many prominent Korean railway/railcar manufacturers (Hyundai Rotem, Woojin Industrial Systems, Dawonsys, etc.). The event is steadily evolving into a leading global railway expo and growing in prominence, along with its participating companies, through its skillful matching of the latest technologies/solutions with business opportunities.

The key goal of RailLog Korea 2021 is to faithfully adhere to its responsibilities as Korea’s only railway business platform by expanding its connections with the ever-growing railway market through relevant business opportunities. It also hopes to provide more networking opportunities for the government, implementing companies, corporations, and academia and serve as a compass for the development of Korea’s future-oriented railway industry.

Busan, a key city of Northeast Asia’s transportation distribution system, is striving to transform itself into a railway hub (based on the establishment of a comprehensive land-sea-air distribution system, construction of a new international airport on Gadeokdo Island, etc.) through the completion of its “tri-port strategy.” The city hopes to use RailLog Korea 2021 to continue actively pursuing its railway industry policies, such as the ongoing project to move railways underground to rejuvenate aging districts.