Cinematic City Views ⑥ The Hungry and the Hairy

In December, Netflix introduced a new travel entertainment program, "The Hungry and the Hairy." Unlikely buddies "the hungry" (Jung Ji-hoon, aka Rain) and "the hairy" (Ro Hong-chul) go on a road trip via motorbikes. 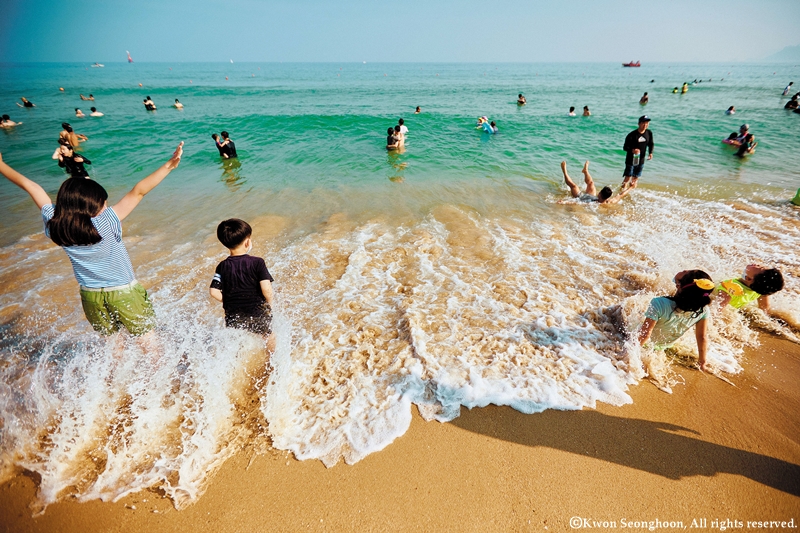 Follow in the footsteps of the famed Netflix duo and lunge into refreshing salty ocean waters at Haeundae Beach.

Producer Kim Tae-ho gained popularity in Korea by directing "The Infinite Challenge" and "Hangout with Yoo." The two travel throughout Busan, visiting the ocean and enjoying local eateries, from episodes four to five. In June, when summer begins, we can easily follow their lead.

Rain and Ro Hong-chul take the KTX from Seoul Station to Busan at 5 a.m. Upon arrival, they begin their tour of the city on Harley-Davidson motorcycles. On their way to the Oryukdo Islets, they comment on the backdrop of shipping containers at Busan Port and the surrounding buildings.

After taking a break to appreciate the view at Oryukdo Sunrise Park, they make their way toward Gwangalli Beach. As they pass the Samick Beach Apartment complex, Ro reminisces about his childhood when he lived in the area. Rain admires the Gwangan Bridge, comparing it to the Brooklyn Bridge in New York."

For their first meal in Busan, they take the scenic route to "Eom Yongbaek Dwaejigukbap (엄용 백 돼지국밥)" and have boiled pork rice soup. Surprisingly, after saying that they were full, they ride to "Haeundae Patbingsu Danpatjuk (해운대 옛날 팥빙수 단팥죽)" to enjoy dessert. 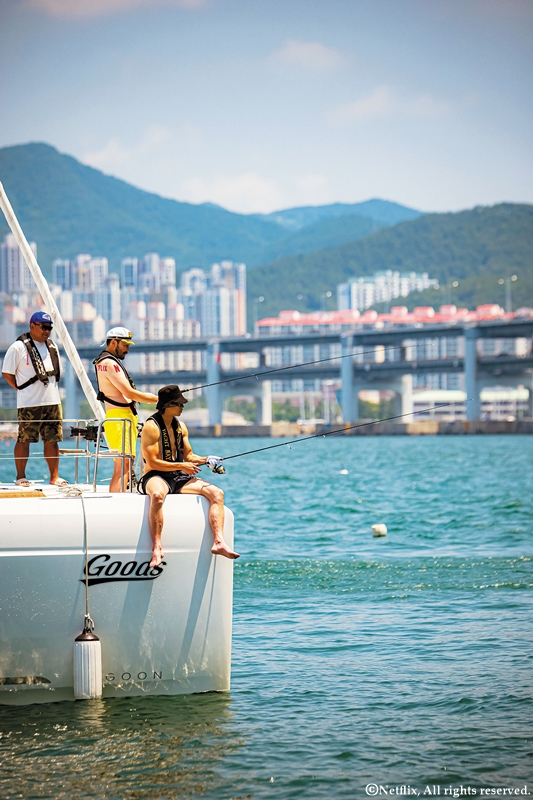 Anchored next to Gwangan Bridge, the pair went fishing.

Then, the duo check-in at Haeundae's "Paradise Hotel." After a cat nap, they head to a beef rib restaurant called "Haeundae Somunnan Amso Galbijip (해운대 소문난 암소 갈비집)." Bursting with energy, they ride around Centum City, stop at Haeundae Market and complete the night with a swim in the hotel's rooftop pool.

On day two of the trip, Rain wakes up at 7:30 a.m., jogs along Haeundae Beach and returns to the hotel room to wake up Ro. For breakfast, they order room service, including an omelet, French toast, salad, coffee and more. Despite looking forward to another day riding around Busan, it's not the best day for travel due to the heavy rain. So, they spend the entire day with Netflix instead.

The picturesque weather is a sight for sore eyes on the last day of the trip. They travel past Dalmaji Pass and Songjeong Beach to Cheongsapo Port, where they enjoy the view of the lighthouse and beach just before departing for lunch at "Ulleungdo Kkotsaeu (울릉도 꽃새우)" in Daeyeon-dong (neighborhood). Rain shows Ro the best way to eat the varieties of shrimp; his pants even tear after eating the lot. 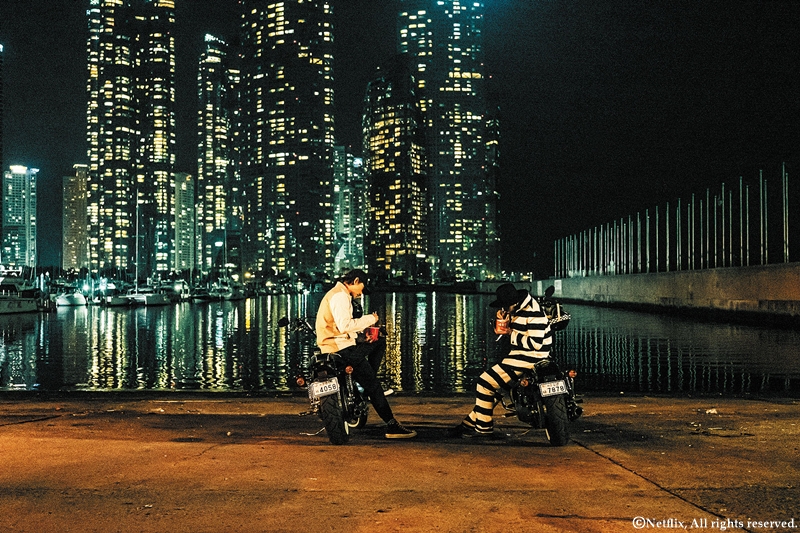 Stick to a marine theme and grab shrimp-flavored ramen.

In the afternoon, the pair stop by Busan Yachting Center to sail and fish around Gwangan Bridge. Inside the cabin, they slice up their spoils and have some lunch. Later, jet skis zoom up to the yacht and they ride off. After sailing back on their last night in Busan, they eat cup ramen while enjoying the Marine City skyline.