The nation is working as one toward efforts to host the World Expo. National government agencies, Busan Metropolitan City, business circles, Korean wave celebrities and community organizations are doing their best. Mayor Park Heong-joon is working toward securing support through active urban diplomacy as the city of Busan concentrates on promoting overseas media and diplomatic missions.

The mayor visited three countries in Central and South America as a presidential envoy and carried out the activities for the World Expo in 2030. The envoy also included officials of the Ministry of Foreign Affairs, economic field experts and more. They visited El Salvador, Costa Rica and Mexico, met senior officials and garnered support for Busan as host for the World Expo in 2030.

Park also toured three Japanese cities, Tokyo, Osaka and Fukuoka, for international exchange and promotions from Oct. 20 to 23. He met with officials from major cities, including the Vice Governor of Tokyo and the mayor of Osaka. When attending the reception to promote the World Expo, hosted by the Embassy of South Korea in Tokyo, Mayor Park actively encouraged support and increased interest in the World Expo 2030 Busan by introducing the theme, strength and capability of the city's bid. 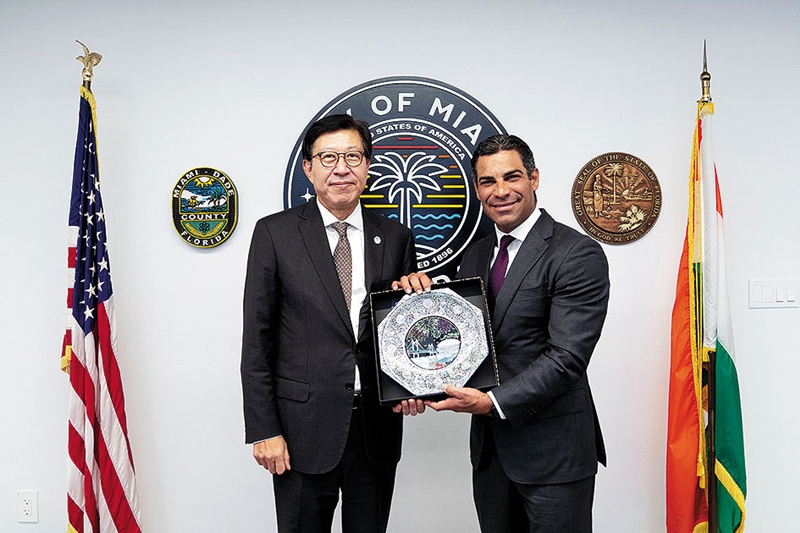 Before the envoy visited Central and South America, the mayor visited Miami and Panama City from Sept. 25 to 26, respectively. At Miami City Hall, Park met with Mayor Francis Suarez and promised a sister city agreement for mutual cities' develo-pment. The agreement is scheduled to be signed by Mayor Suarez on a visit to Busan in January. Mayor Park suggested mutual cooperation by addressing the cities' shared vision on finance and blockchain.

On Sept. 27, he visited Panama City, a cooperative city of Busan and the capital of Panama. He met Speaker of the National Assembly Crispiano Adames Navarro, Minister of Private Investment at the Presidency of the Republic of Panama Jose Alejandro Rojas and more. He garnered support for Busan's expo bid and discussed possible maritime, harbor and shipbuilding industry exchange. 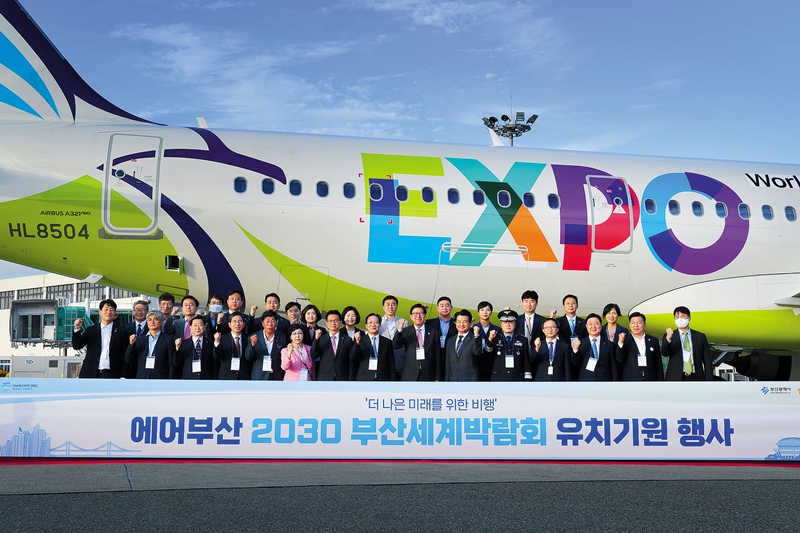 Samsung, SK and LG have taken the lead in joint activities with the hope of attracting businesses to bring the World Expo 2030 to Busan. Following a meeting with the Prime Minister of the Netherlands, Samsung's Vice Chair, Lee Jae-yong, met the presidents of Mexico and Panama and garnered support. Samsung affiliate executives are traveling around Spain, Vietnam, Nepal, South Africa and more to join supportive activities.

Throughout Japan, the U.S. and France, Chey Tae-won, chair of the SK Group and of the support for the bid for the World Expo 2030 Busan, actively engaged in bidding activities. He invited about 10 representatives, including a Republic of Zambia amb-assador and deputy ambassadors from the U.S., Japan, Switzerland, Estonia, Israel and Mexico to New York, to encourage support for Busan's World Expo bid.

Air Busan has also joined activities. The exterior of a new aircraft, designated A321neo, is decorated with an anticipatory message for the World Expo 2030 Busan. The related emblem and EXPO letters are wrapped around both sides of the fuselage.

People from across the globe flock to Busan to watch BTS and support the city's expo bid.

Last month, the city glowed purple, greeting visitors from across the globe. The concert became a festival that stretched beyond nation, generation and gender; it became a place where fans could come together as one. Despite the large turnout, there were no major accidents and the concert was enjoyed by millions. 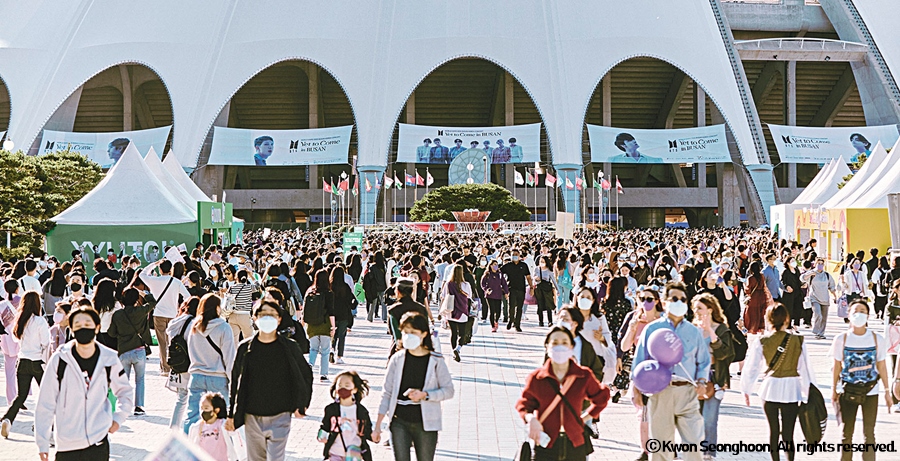