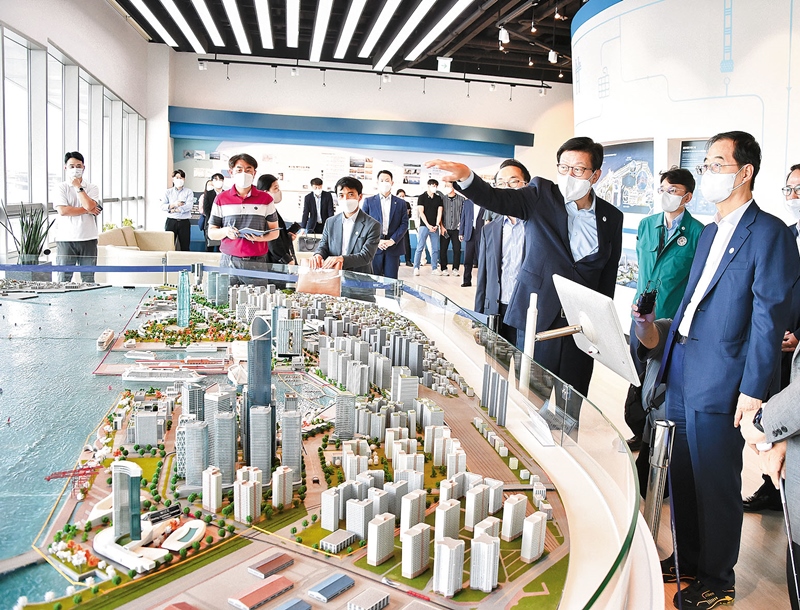 From Sept. 6 to 8, the delegation composed of the Ministry of Trade, Industry and Energy's first vice-minister, presidential secretary for future policy, Ambassador of International Relations to Busan and more visited Paris. The group visited the BIE offices on Sept. 7 to submit the dossier to BIE Secretary General Dimitri S. Kerkentzes. 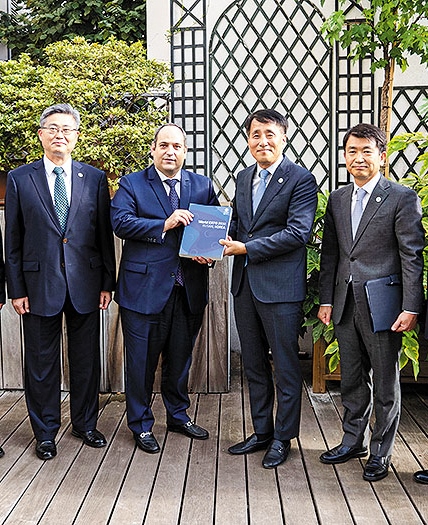 Together, they discussed the city's plans at the meeting and addressed Korea and Busan's differential strengths. The talks also included the nation's willingness to host the World Expo in 2030 and information about the "Korea One Team," a group of citizens, parliament members, national and city officials and more.

The 170 BIE member countries will examine each candidate's capability, general plan and related information via the dossier. The documents focus on the city's past, present and future and how Busan aims to actualize technology based on human coexistence with nature. Details within the official submission include the outline, themes, topics, projected visitor attendance figures, venue plans, transportation, accommodation, budget, differential strengths and more. It also highlighted Busan as the temporary capital during the Korean War, the Eurasian gateway city and a smart green city. The third presentation in November 2022 will be followed by a fourth presentation in June, with the fifth presentation and final decision via 170 member states' votes during a General Assembly scheduled for the end of 2023. 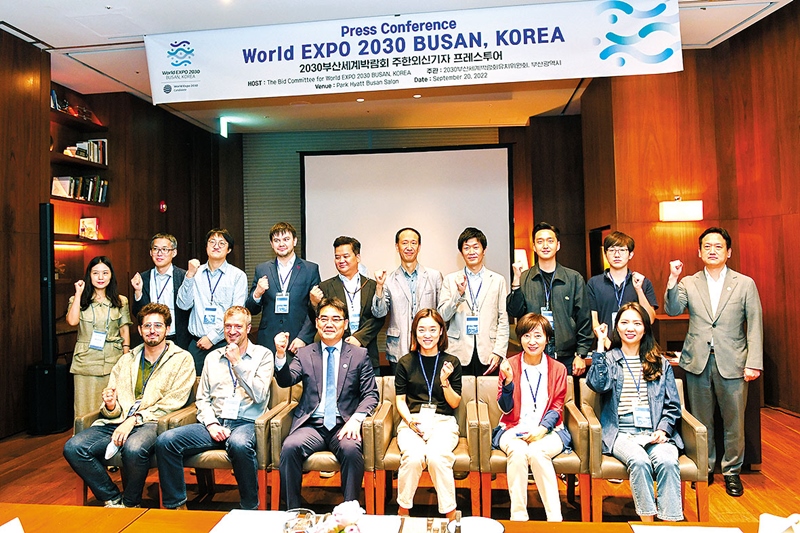 Mid-September, Busan Metropolitan City, Busan Foundation for International Cooperation and the Pan-citizen Hosting Committee for World Expo 2030 Busan held the 2022 Eurasia Expedition opening ceremony. The expedition is a project that sends students and experts on a private diplomatic mission to promote Busan, a Eurasian gateway city and to strengthen the new northern areas' urban diplomacy base.

The expedition was a 13-night, 15-day visit to five major cities in Central Asia and Europe, including Almaty, Tashkent and Paris, to discuss Busan's potential as host of the World Expo. Additionally, they invited BIE member countries' personnel and Korean wave influencers to the Korean Cultural Center in France to amass further interest.

Similarly, City Hall invited a group of foreign journalists, residing in Korea, on a press tour to discuss plans and progress of the World Expo 2030 Busan. Approximately 30 journalists from the U.S., Japan, China, Spain and more attended, watched a promotional video and toured the expo's expected venue, the North Port area. The city also plans to participate in and host a related exhibition for over 100 foreign journalists who are scheduled to attend the World Journalists Conference in April 2023 from more than 50 countries, nearly a third of the BIE's member states. 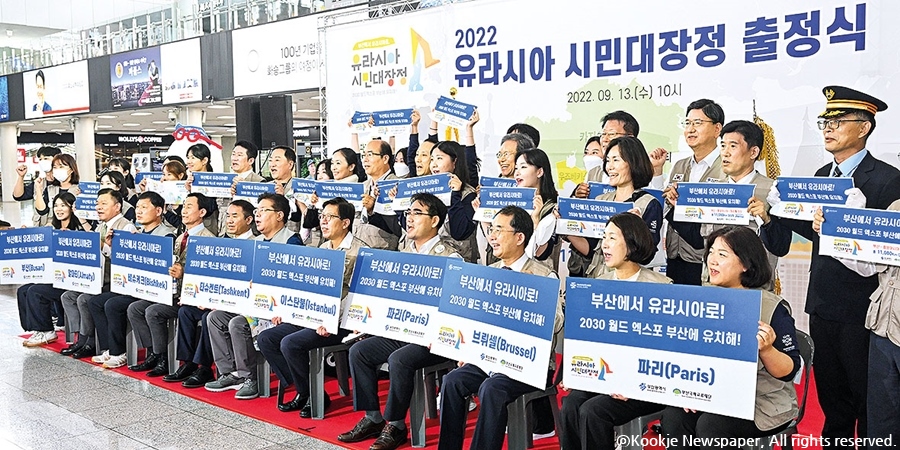 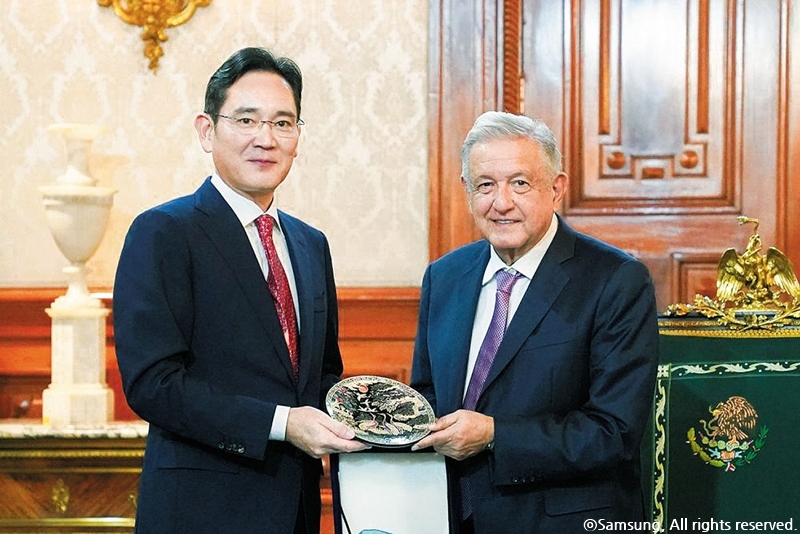 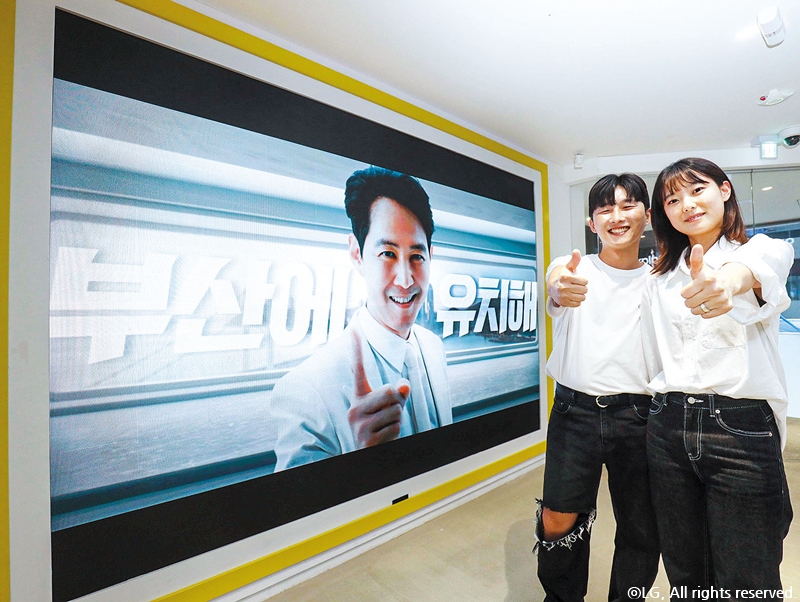 Last month, the special envoy of the Minister of Foreign Affairs, including Kia president and co-CEO Song Ho-sung and senior personnel, visited the Republic of South Africa, the Republic of Mozambique and the Republic of Zimbabwe from Sept. 19 to 23 and asked for support. SK Group's CEO Chey Tae-won, a chair of the Korea Chamber of Commerce and Industry, talked with crucial BIE personnel, including Matsumoto Masayoshi, the vice chairperson of the Expo 2025 Osaka-Kansai Promotion Committee.

Lotte is also promoting the city and the progress of expo preparations through hotels abroad and duty-free shops in foreign airports. Lotte CEO Shin Dong-bin garnered support when he met Nguyen Xuan Phuc, the president of Vietnam, on Aug. 31. and plans to visit Japan soon to get support. Other affiliates of the Private Bid Committee for World Expo 2030 Busan, like POSCO, Hwanhwa, GS, CJ, Hyundai Heavy Industries Co., Ltd and Shinsegae, will also participate in activities to bring the World Expo to Busan.