To win the bid for the World Expo 2030, Busan is fiercely competing with Rome, Odessa and the most competitive candidate, Riyadh in Saudi Arabia. The oil-rich city has begun to garner support from developing countries in Africa, Asia and Central and South America. Toward the end of 2023, the host city for the World Expo 2030 will be decided by 170 Bureau International des Expositions (BIE) member countries. 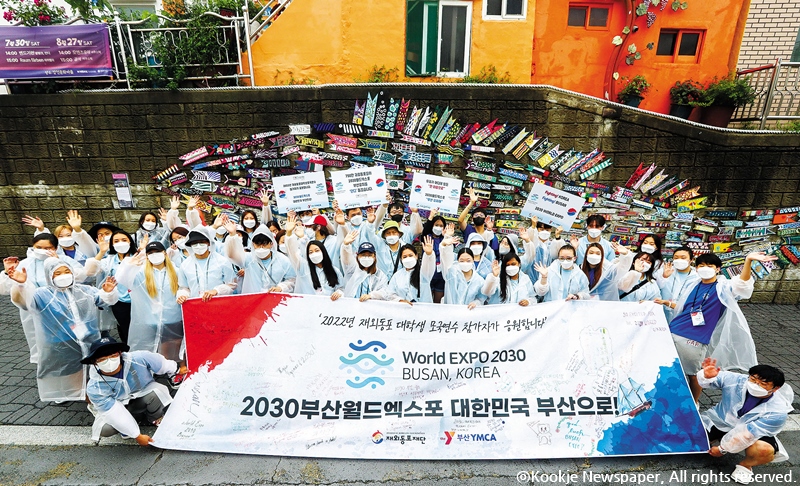 Camp members cheer for the expo.

Before submitting the candidature dossier, the city's "One Team," composed of government members, economic field specialists and Korean wave celebrities, participate in customized promotion activities. The group is concentrating on why Busan should be the host city, its strengths and the city's impact on human development. 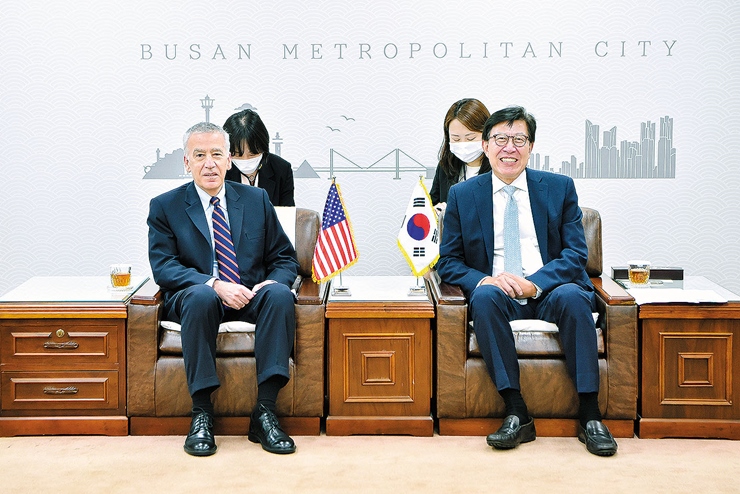 Busan takes another step toward hosting by utilizing urban diplomacy. To intensively promote the theme "Transforming Our World, Navigating Toward a Better Future," the city is empathizing measures being taken in response to climate change, the most urgent issue facing humanity. One such measure is the UN-Habitat sustainable floating city.

The government has selected the World Expo 2030 Busan as a national project and President Yoon Suk-yeol addressed this support at his 100th-day celebration. Official efforts encompass diplomatic networking of embassies, summits and more.

Additionally, on Aug. 8, Mayor Park met with economic officials from around the world, including Kim Sung-kon, the president of the Overseas Koreans Foundation and Hwang Byung-Gu, the chairperson of the Korean American Chamber of Commerce in America. Park then met with Philip Goldberg, the U.S. ambassador to Korea to discuss the World Expo and asked for support. 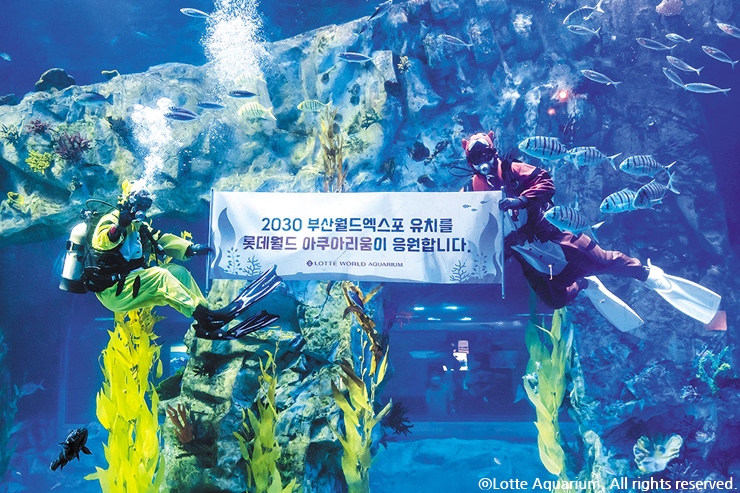 Lotte Aquarium shows the support for the bid.

Additional support for the city's candidature comes from foreign residents and the Korean diaspora. In July, City Hall and the Busan Foundation for International Cooperation established Expo Friends, a promotional group of foreigners for the World Expo 2030 Busan. Over 100 foreigners from 38 countries are members, introducing the world to Busan's wonders and willingness to host the World Expo.

In late July, participants of the 2022 OK Friends Home Coming Youth Camp began a campaign to encourage expo promotions. This year, the project is larger than ever, with 439 participants from 27 countries. The participants will take part in various activities, including endorsements on-site and on social media.

The U.N.'s Busan Participatory Diplomacy Supporters program, composed of 50 national and 50 international university students from 22 countries, started in July. Its mission is to conduct participatory diplomacy, a cooperative project of Busan City and the Ministry of Foreign Affairs and promotion for the expo.

On July 20, the Busan Diplomatic forum commenced. Experts in diverse fields, including diplomatic, academic, commerce and journalism areas, attended. The assembly strengthened active urban diplomacy and the potential for success. 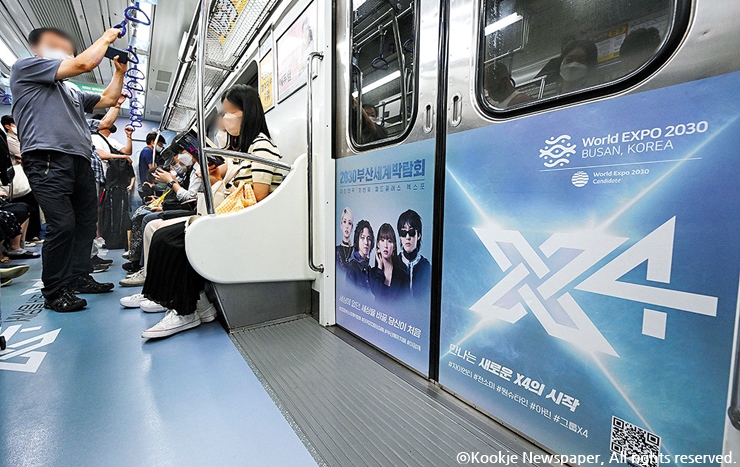 Efforts to increase citizens' involvement in the world expo are underway. City Hall, in cooperation with the Busan Transportation Corporation, created an "EXPO (X4) themed car" for metro lines 1 and 2. The cars, which run until Sept. 27, feature photos of Lee Jung-jae and the virtual group "X4," consisting of singers Zion. T, Wonstein, Jeon Somi and Arin. The QR code on images can be scanned for an X4 music video and promotional material.