Busan was selected to host the World Anti-Doping Agency (WADA) 2025 World Conference, the world's largest doping-free event held every six years. On May 19, Busan won the bidding war at the 2022 WADA Board meeting. Initially, a close battle against Tampere, Finland was expected due to its support from the European Union. However, Busan secured the majority vote. 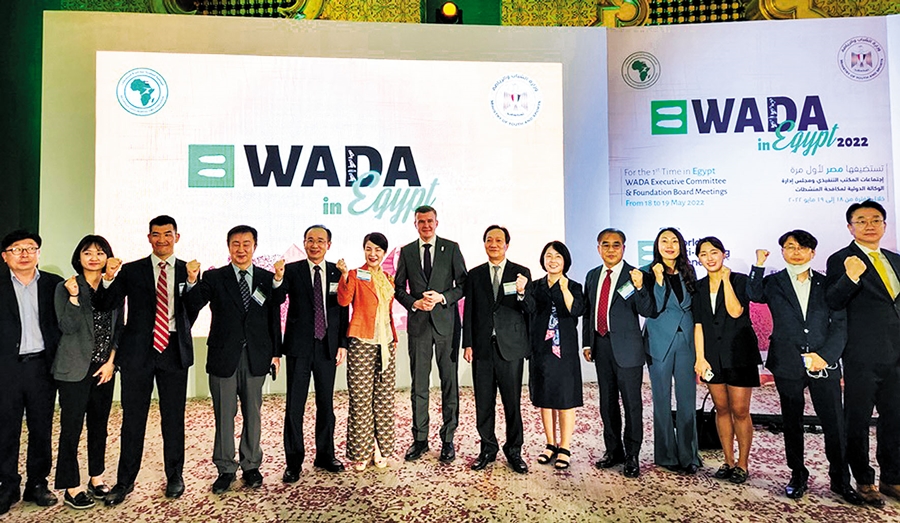 Korean officials joined WADA's first Board meeting of 2022 in Cairo.

Since the first WADA General Assembly in Lausanne, Switzerland, in 1999, four European and one African country have hosted. By being selected as the 2025 World Conference host, Korea has become the first country in Asia to hold a WADA World Conference.

The assembly is scheduled for five days in November 2025. Approximately 2,000 people are expected to participate in the conference, including officials from 18 countries and related institutions such as the International Olympic Committee, international sports federations, anti-doping agencies and analysis agencies. The city, partnered with the Busan Chamber of Commerce and Industry, Busan Tourism Organization and BEXCO, cooperated with the Ministry of Culture, Sports and Tourism and the Korean Anti-Doping Agency (KADA) to engage in bid activities.

At the presentation before the board meeting, Busan's ambassador for international relations, Park Eunha and Lee Jung-min, the athletic commissioner of the KADA, emphasized the expansion of sports values and the importance of the city as a hub of sports and culture. Park utilized her 37 years of diplomatic experience and relations by visiting ambassadors in Busan individually to garner support for the conference

The Mayor referenced the upcoming international events, including the 2023 Disabled Peoples' International (DPI) World Assembly, 2024 World Table Tennis Championship and the 2025 WADA World Conference. He stated how each brings Busan closer to becoming a leading global sports locale. In addition, he pledged to bolster efforts that support hosting the World Expo.