Busan's second World Expo presentation is scheduled for June. The new administration is working toward the expo as a large part of their political agenda. They are also working with private corporations and the public, as the "Korea One Team." Addit-ionally, the construction plan for the Gadeok International Airport, which will aid the bid, was recently approved at the Cabinet meeting, as citizens and organizations have joined in the international event's promotion.

Boogi cheers for the expo with local elementary students.

Last month, the Yoon adminis-tration announced winning the bid to host the World Expo is a national task, presenting 10 additional key policy tasks and 520 practical steps; among the 110 tasks, the expo proect was the only city and provincial task selected. The presidential transition committee revised a support system for the expo, the "Korea One Team."

Subsequently, President Yoon asked organizations, including related institutions, diplomatic offices, KOTRA, Korea Chamber of Commerce and Industry (KCCI) and global enterprises to cooperate and enth-usiastically support the expo. Currently, the expo hosting committee is run like a corporation. How-ever, upon enactment of a presidential decree, the committee will fall under the president's direct control. Moreover, they are planning to operate a separate economic-field-based private committee. Choi Tae-won, the chairperson of KCCI as well as the SK group, has been selected as the chairperson. 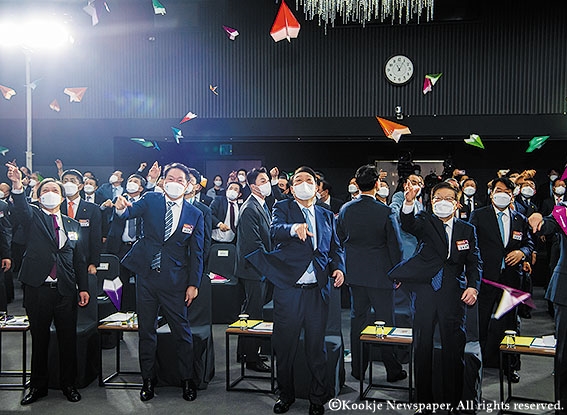 President Yoon and CEOs from around the country meet to discuss the expo.

In April, the Gadeok New Airport construction promotion plan passed the Cabinet meeting. The Ministry of Finance and Planning confirmed that the plan received a preliminary feasibility study exemption. Typically, the study is held to thoroughly investigate public investment projects and can take anywhere from a few months to years. Therefore, the granted exemption is advantageous to speedy construction. Initially scheduled to open in 2035, cooperative efforts with experts could see the opening as early as 2029. 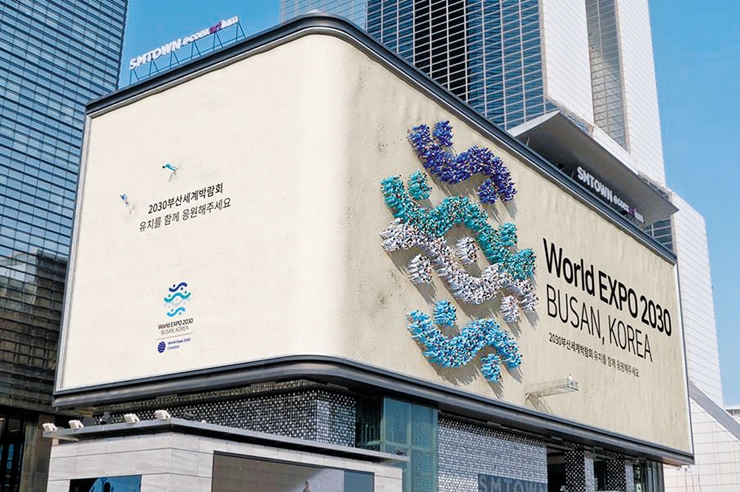 The World Expo Hosting Committee will open citizen-participatory support events to attract positive publicity. One event, a "Dance challenge" on social media, is designed to support the expo. The Busan dance group "H," which grew from their "Street Dance Girls Fighter" program, will join the event. Another event, "Treasure Hunt," utilizes messages related to the expo found throughout the city. To participate, take photos of World Expo-related advertisements and post them on social media. The hunt will begin in July. Additional information about this challenge and others can be found on the expo website (2030busanexpo.kr) as well as on Instagram (@2030busanworldexpo).