Each month the city and the nation proceed one step closer to hosting the World Expo 2030. From now until the first half of next year, crucial determining events will continue. The Bureau International des Expositions (BIE) will evaluate the second presentation in June, the third presentation in November and later an on-site inspection. The country is banding together to create an atmosphere worthy of securing a successful bid. 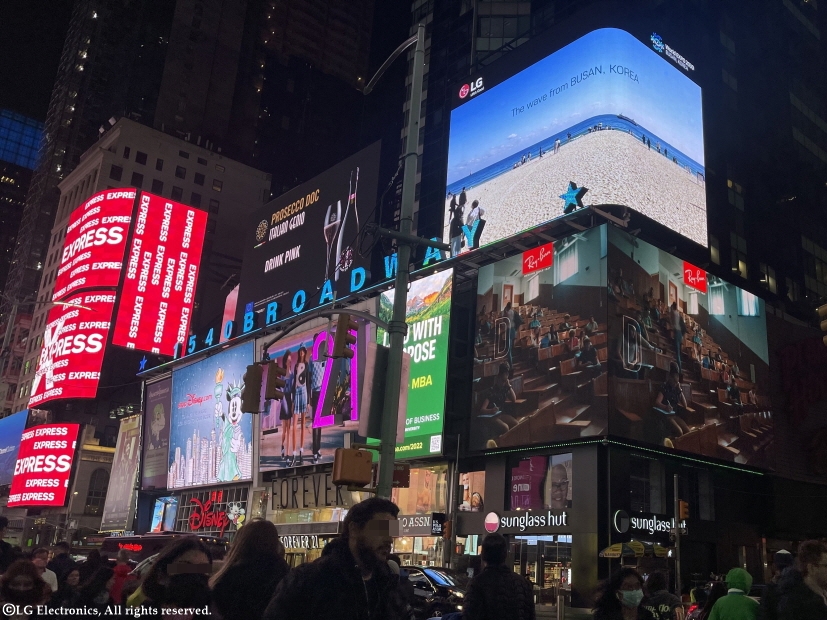 At World Expo 2020 Dubai, Busan introduced the world to "World Expo 2030 Busan" on "Korea Day." Following a favorable response, Busan addressed its willingness to simultan-eously stream the World Expo 2030 in the U.S. and U.K. through outdoor LG displays in Times Square, New York and Piccadilly Circus, London. As both displays are in crowded areas, many global enterprises already utilize these screens for marketing.

The video presented at the global landmarks, "The Panoramic-Haeundae," was created by media artist Lee Sang Won. Once screened on the giant LED screen inside Dubai Mall, the video can now be found on Busan's official YouTube channel.

△Diplomats and officials from Africa and Korea gather to discuss international relations and the city's bid for the World Expo.

Last month, Mayor Park Heong-joon, knowing the "5th Korea-Africa Forum" was to take place in Seoul, invited about 40 attending officials to Busan to garner support for the expo bid. A subsequent briefing session was held at Nurimaru APEC House. Monique Nsanzabaganwa, the Deputy Chairperson of the African Union, foreign ministers from countries such as Egypt and Ghana, high-ranking diplomatic officials and ambassadors joined as Mayor Park presented the city as an ideal host. He received positive responses for introducing collaborative events between Korea and Africa.

In particular, they are linked to Korea's fourth industry and African industry, Busan's maritime experience and African bountiful sea resources. Also, a university collaboration project with African human resources was proposed. After the presentation, the guests had time to tour the North Port redevelopment site, the anticipated venue of the World Expo 2030, to listen to a development progress briefing.