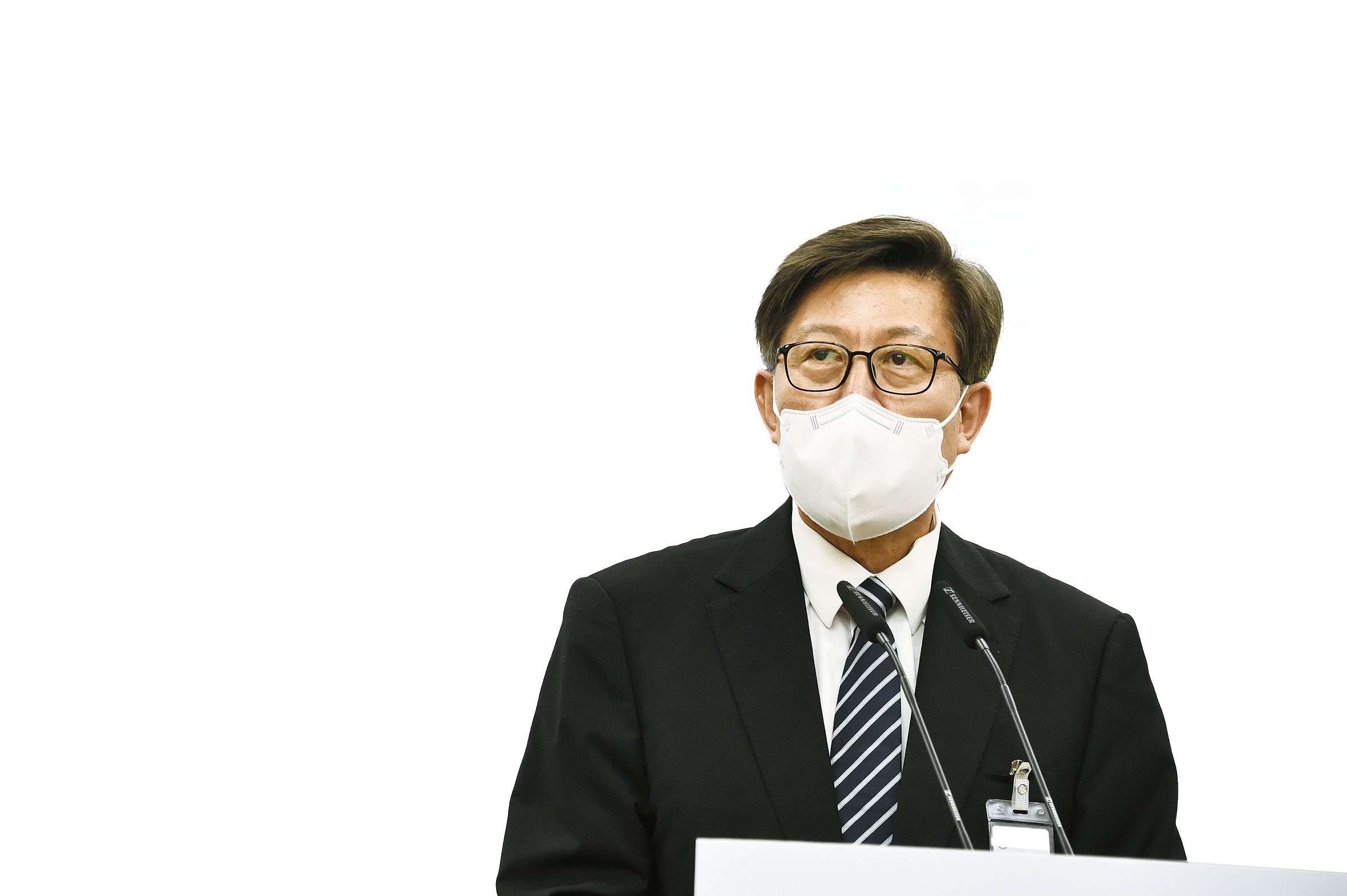 ▲ New mayor thanks citizens for their trust, at the inauguration on April 8.

Park Heong-Joon started his first day as the new Mayor of Busan Metropolitan City on April 8. The Mayor of Busan is elected via direct election. To prevent the spread of COVID-19, the inauguration at City Hall aired via Bada TV, Busan's internet broadcasting service.

In Mayor Park's inaugural address, he pledged to repay the support and confidence entrusted to him by 340 million Busanites. Park also promised to secure Busan's bright future through urban development and the happiness of all Busanites.

■ Plans for a bright Busan

Mayor Park is eager to make Busan, the center of Korean industrialization, the city with the highest happiness index worldwide. With the help of a fair and trustworthy administration, he hopes to boost the economy and enhance citizens' quality of life.

These plans include creating a COVID-19 task force, actively supporting the new Gadeok airport and solving housing and childcare issues.

Park hopes to make the city a place where everyone feels comfortable, welcome and accepted.

He believes that a hands-on approach is the best way to achieve these goals and problem solve. Therefore, he asks that his fellow officials frequently interact and communicate with citizens, so everyone's voice can be heard.

Mayor Park, known for being well-spoken and reformative, graduated from Korea University and started his career as a journalist. After receiving his doctorate in sociology from the same university, he became a professor at Dong-A University.

His skills as an orator have assisted him in his work as a reporter, activist, professor and TV host. In particular, Mayor Park hopes to use his honed skills working as a member of the National Assembly and Presidential Policy Advisor.

Mayor Park plans to continue his history of leading the way for community development and decentralization through hard work and social movement. His biggest wish is for the happiness of all Busan citizens.