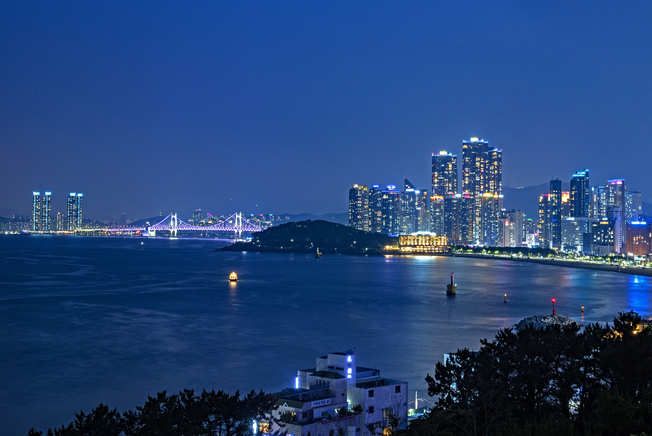 To become the best international travel destination it can be, City Hall is listening to tourism experts from all over the world. To strengthen policy development and advisory functions for global visitors, the city set up an advisory committee on Dec. 9 last year to kick off its international tourism project in earnest.

The International Tourism City is a key project of the national government, wherein the Ministry of Culture, Sports and Tourism selects and supports metropolitan cities (excluding Seoul and Jeju) with potential for becoming global tourism spots. Busan was selected as the country's first international tourism city in January 2020.

Recruitment for the advisory group was conducted online publicly in November last year and sought out foreign residents in Korea. From a group of 34 people across 16 nationalities, 14 candidates from 10 nations were chosen.

The advisory group is composed of experts from abroad in a variety of career fields who have lived in Korea for at least three years. Experts on tourism and marketing from local universities, general directors of global franchise hotels, brand marketing representatives, global influencers and broadcasters fill the committee's seats and experts spanning from East Asia to Europe will carry out their duties to transform Busan into an international tourist destination.

The term of office for an advisory member is two years long, and someone who holds the office will, among other duties, attend meetings twice a year. The group serves in an advisory capacity at the request of the agency that promotes tourism projects in Busan. It will also participate in the FAM Tour and other popular festivals and events hosted by City Hall.