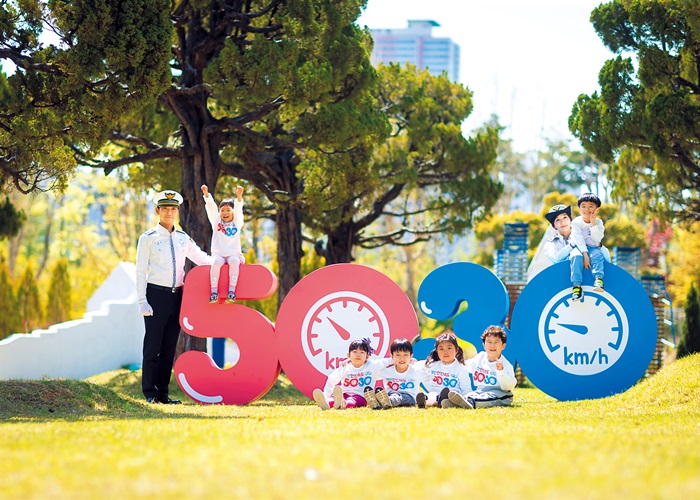 ▷Busan's new 5030 policy looks to make the city safer for drivers and pedestrians.

City Hall has begun a pilot operation of Safety Speed 5030, a policy  that lowers the city's speed limits to make both pedestrians and drivers safer. Major roads will allow drivers to travel up to 50 kilometers per hour. Narrow neighborhood streets will be set at 30 kilometers per hour.

Some citizens have voiced concerns regarding worsening traffic in the face of a lower speed limit. In September 2018, authorities investigated the effect of a 50-kilometer speed limit on traffic time. The results of the test showed that there was little difference돟 an average of two minutes. While the new law has already been implemented, it will take several months before it is fully regulated by authorities.