Year-round, Busan Cinema Center, one of the city's most talked-about landmarks, hosts diverse performances and festivals. Exhibitions, concerts, performances and even classes are held at the center. Visit the architectural wonder this summer for a culture-filled journey of film and fun. 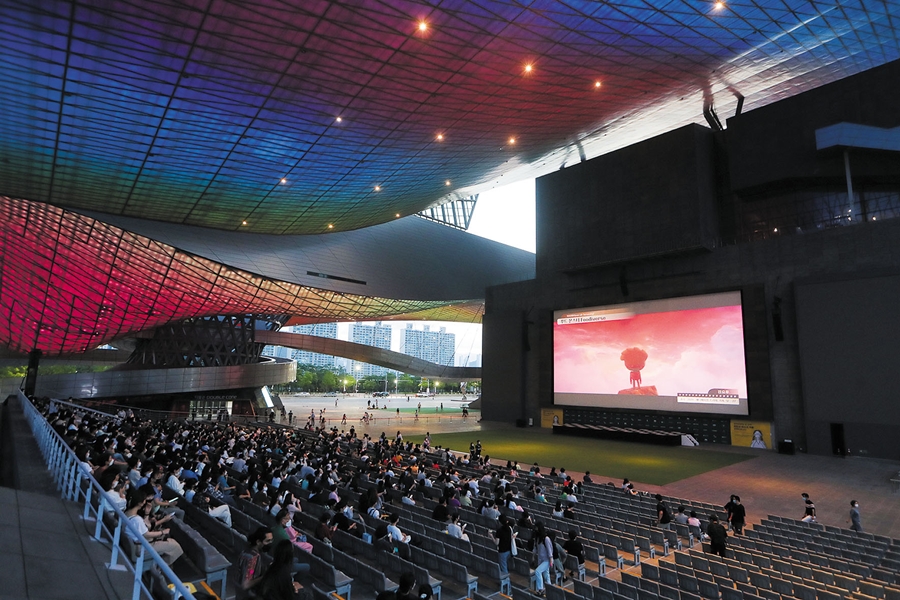 Watch new and classic films outdoors, at the Busan Cinema Center, for a truly unique experience.

The 17th Busan International Kids & Youth Film Festival (BIKY), a festival in which children and young people are the main characters, runs from July 8 to 17. BIKY is Korea's only children's and youth film festival and the largest festival of its kind in Asia. This year, guests can enjoy 155 films from 61 countries. The competition section "Ready to Action!" screens films produced by children and adolescents under 18. It is divided into three categories for 12-year-olds, 15-year-olds and 18-year-olds. While 375 films from 48 countries were submitted, only 40 films from 16 countries were selected after a preliminary screening.

Some of the invited films have been shown in major film festivals, others are Golden Globe nominees and 108 will make their worldwide premiere in Korea. In particular, works in which children and adolescents help or provide comfort to adults are featured. Works such as "My Dad is a Sausage," "Vinski and the Invisibility Powder" and "How I Learned to Fly" focus on love and unity between families.

Short films focusing on the coexistence of migrant workers, migrants and refugees are also featured throughout the festival.

"Homebound," an animated documentary, shows Indonesian workers' struggles during the pandemic. "The Landing," a Finnish animation, depicts the complexity of "strangers" in foreign countries as nets trapped in cages. Screening schedules can be found on the BIKY website (biky.or.kr). 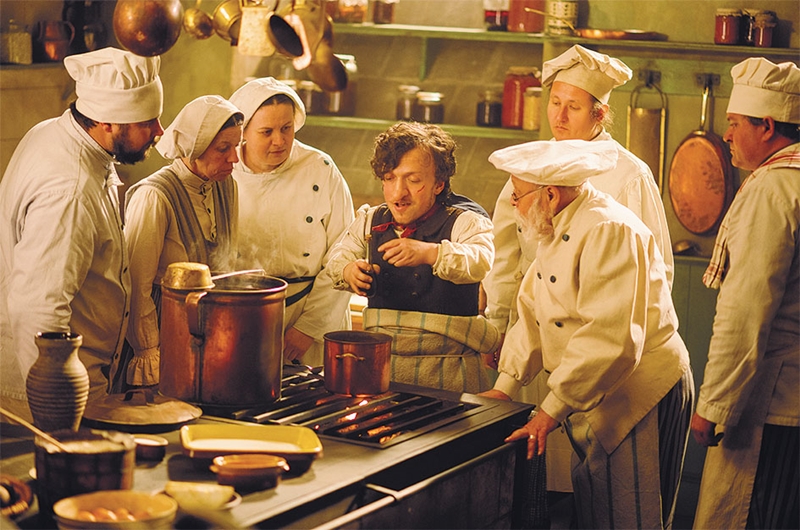 The outdoor movie screening is held at 8 p.m. on Wednesdays until Sept. 14. The breezy summer experience hosts classic movies, animation films and opera performances. In July, classic masterpieces are scheduled. Then, since August is known as the "vacation season," family movies are planned. September's schedule consists of diverse opera streamings. Outdoor screenings are available for free and on rainy days, the shows typically go on.

The eleven-year-old "Matinee Concert," held at 11 a.m. on the last Wednesday of every month, recently changed its name. The series is freshly renamed the "11 o'clock concert." This year's theme for the concerts,"Youth classic," is created under a collaborative program to highlight promising classical musicians. Upcoming performances include the first Asian pianist to win the Montreal Piano Competition, Kim Su Yeon, the Classical Singers Association of Busan and Park Kyuhee, a popular Korean classical guitarist.

Seats are 20,000 won and each concert is approximately 70 minutes. The program is suitable for those seven years and older. For further information, visit the Busan Cinema Center website (dureraum.org).