A short film festival a long time in the making

Sebastien Simon is a French film-maker, editor and programmer for the Busan International Short Film Festival (BISFF) and the Jeju French Film Festival. Since last year, he has also been the film critic for Busan Beat magazine. Last November, Mr. Simon had the privilege of becoming an honorary citizen of Busan for his services to the Korean film industry and its festivals. 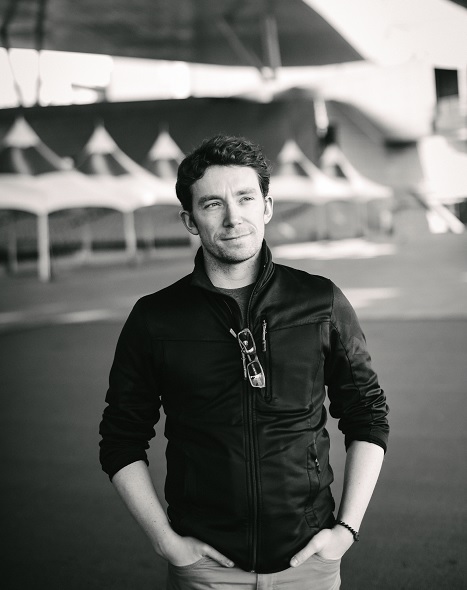 Q. How did you come to Korea and to Busan?

A. I first came to Korea in 2006 for the Busan International Film Festival (BIFF). I was the editor of a feature-length documentary directed by a classmate of mine who was a Busan native. I returned to Korea in 2011 after being invited by Cha Minchol, then the head programmer of BISFF, to join the fe-stival's team. Cha is now the festival director, and I am one of the programmers along with my colleagues Kim Kyeongyeon and Pip Chodorov. Cha's original offer to join BISFF snowballed into many other collaborations in Korea. For eight years, I had been coming and going between Seoul, Busan and Europe as a freelance digital nomad, but in 2019, I finally settled down here.

Q. What are your thoughts on the film industry here?

A. It's been interesting to discover and navigate the Busan film industry by attending major events like BIFF, the Busan Independent Film Festival and the Busan International Kids and Youth Film Festival, but it's also been fun to enjoy the year-round cinema culture with active associations like the Corner Theater, the Petit Cinema Festival or Cine Baum. And for me to be able to slowly yet actively contribute to this environment has been a true privilege. With Busan itself being shaped into an Asian hub for international co-productions and projects, opportunities are always ahead. Strengthening bonds and collaborations at home by nurturing the abundance and variety of local film-related events and energies can only reinforce the Busan film industry in its larger ambitions with networks and partners abroad.

Q. Tell us about BISFF and what makes it special.

A. BISFF was the first Korean festival dedicated to short films. Since 2010, the event has grown steadily in audience attendance, the number of films submitted and screened and in its domestic and international re-putation. Three years ago, BISFF became South Korea's first Oscar-qualifying festival, meaning that the winners of the international and Korean competition sections can submit their films to the Academy of Motion Picture Arts and Sciences in Los Angeles with the hopes of being nominated for an Academy Award. BISFF's flagship section remains Guest Country, which highlights the short films of one nation. Belgium is this year's guest. There are several other programs at BISFF, including the experimental Prism section and and Operation Kino, a competition of short documentaries made by local film majors from universities in Busan.

Q. What do you think BISFF will be like this year?

A. This year's theme is "Pushing Boundaries of Cinema," which will be expressed through a new program called Interactive Shorts and by an even more experimental approach in Prism, which will be combining film with live performances. Obviously, COVID-19 is the main unknown, and we will be taking many precautions. While we are preparing a plan for an online festival if necessary, we are ready for BISFF to take part in person as usual.