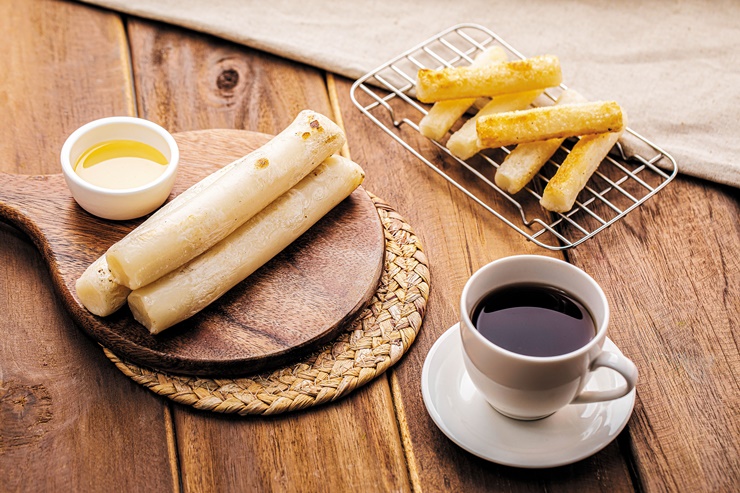 ▲ Sometimes the famed garaetteok is slightly grilled and served with honey for dipping and coffee for sipping.

This year Seollal (Korean Lunar New Year) is about two weeks earlier than last year. No matter the day, a staple dish of the holiday is garaetteok (rice cake stick). It is a long thin white rice cake. Due to its shape, it has often been considered a dish that brings luck and longevity, similar to the long noodles eaten in China and Japan.
When locals hear the word "rice cake," they automatically think about garaetteok, as it's considered one of the most popular and common rice cakes in Korea. Due to its versatility, many recipes include this Korean delicacy. Dynamic Busan is here to introduce you to three such recipes. 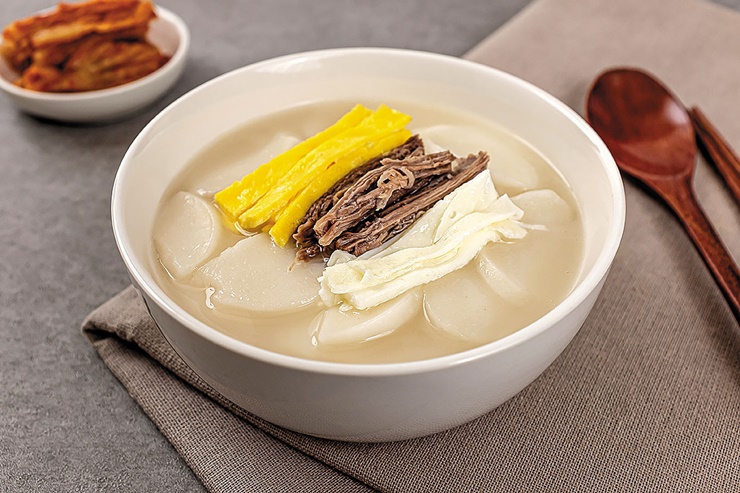 ▲ The oval slices of rice cake are tender and chewy.

Tteokguk
There is a national tradition to have tteokguk (sliced rice cake soup) on Korean Lunar New Year. The custom is derived from the belief that eating the soup makes you one year older.
The dish is made by slicing the rice cake and boiling it in broth until soft. The broth varies according to region. Overall, it is light and savory, making it different from many other Korean soups, which tend to be on the spicy side. 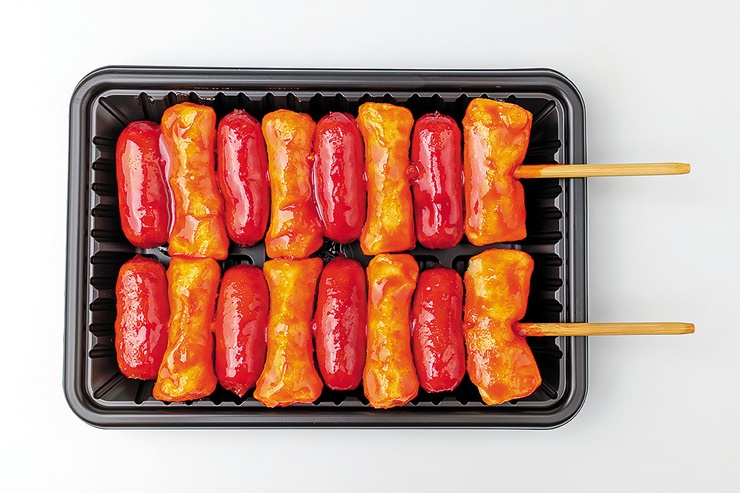 ▲ Enjoy the snack with chilli sauce, ketchup or mustard.

Sotteoksotteok
The garaetteok itself tastes bland because it is made of only rice and salt. The simple components make it the perfect ingredient for multiple dishes.
Sotteoksotteok (sausage and rice cake skewers) packs a punch. The "so" sound stands for "sausage" and the "tteok" is for the "garaetteok." The  treat is popular among kids and teens for its complementary textures and versatility, when it comes to dipping sauce options. 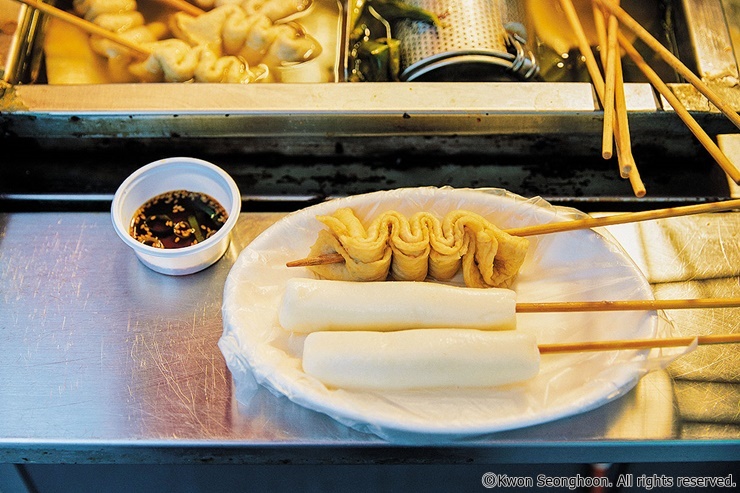 ▲ Multteok is an easy yet tasty.

During winter, you may find the local multteok (rice cake in broth) along the streets of Busan. Multteok is considered one of the easiest foods to make with garaetteok.
This elongated type of rice cake is found in many local dishes, but it is not easy to find in other cities. When they are found, they are most commonly sitting in broth beside eomuk (fish cake) skewers at street stalls and tents.