Take a trip to Turkey

Although still somewhat unfamiliar, Turkish cuisine is considered one of the world's top next to Chinese and French cuisine. The Ottoman Empire centered within present- day Turkey encompasses nomadic agricultural and royal dishes. It is even said that the same menu item could not be placed on the king's table twice. Therefore, the chefs of the time invented a new main each day. The practice became a sort of gastronomic competition, thus, creating Turkish cuisine. Dynamic Busan would like to introduce some of these specialties. 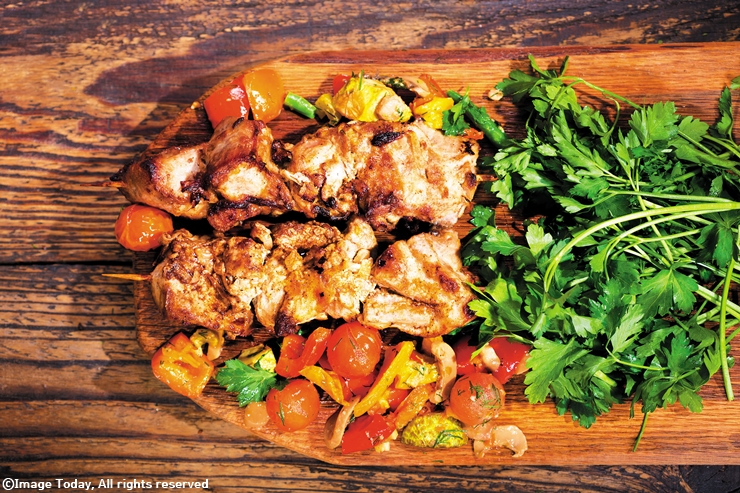 △Kebab meat and vegetables often soak up each other's flavor to create a unique taste combination.

Turkey has been considered Korea's "blood-brother," since participating in the Korean War. The capital of Turkey is Ankara, but Istanbul, Busan's sister city, has acted as a bridge between Eastern and Western art, culture, economy and politics because of its location between the Mediterranean Sea and the Black Sea. Previously, it was the capital of Turkey for 1,600 years until 1923, resulting in rich historical records from the Roman Empire to the Ottoman Empire. Since becoming sister cities in 2002, Busan and Istanbul have made numerous cultural exchanges, including hosting veterans who participated in the Korean War. 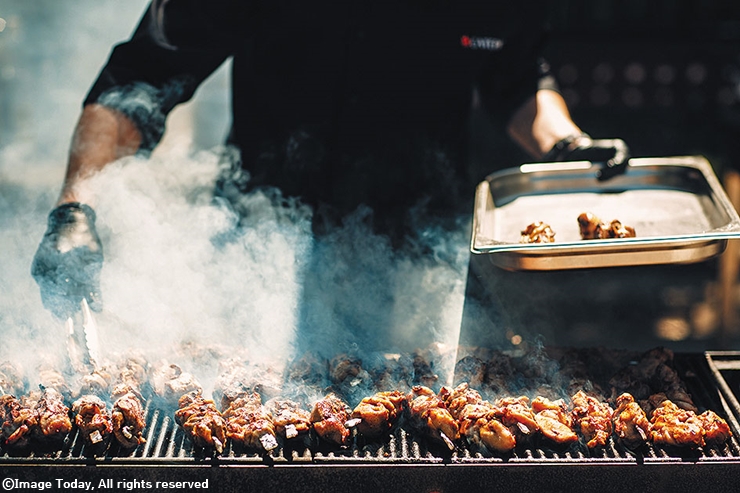 △Traditionally, doner kebabs are rotated over a charcoal grill.

One of Turkey's staple foods is bread. Two types of Turkish bread are ekmek, a soft type of bread eaten with honey or jam and pide, a flatbread filled with various vegetables and meat. Typically, kebab meat is grilled over charcoal and is often considered the foremost Turkish main. These dishes try to accent the ingredients' natural flavors rather than relying on heavy sauces.

Kebabs vary depending on the ingredients and assembly method. Since most of the population in Turkey is Muslim, kebabs don't utilize pork. Usually, mutton or lamb is used and when beef is substituted, kebab meat tastes like Korean galbijjim (braised short ribs). Traditional shish kebabs are made with lamb and metal skewers. As the meat slowly cooks on a skewer, it can be bland, so it's generally used as only part of a meal. Doner kebabs are made by rolling mutton or lamb in a crepe-like flatbread with vegetables and sauce. Adana kebabs originated from the Mediterranean city of Adana and feature chili and cumin seasoning. There are also kebabs famous in the Cappadocia district, called testi kebabs, named after how they are cooked inside pottery. After mixing the ingredients in a pot, it is sealed and baked in a clay oven.

Meat and bread are essential Turkish staples. However, Turkey's vastly fertile Mediterranean coast provides optimal conditions for a plethora of fruits, vegetables and seafood. Also, salads are often served in this region topped with olive oil and vinegar. 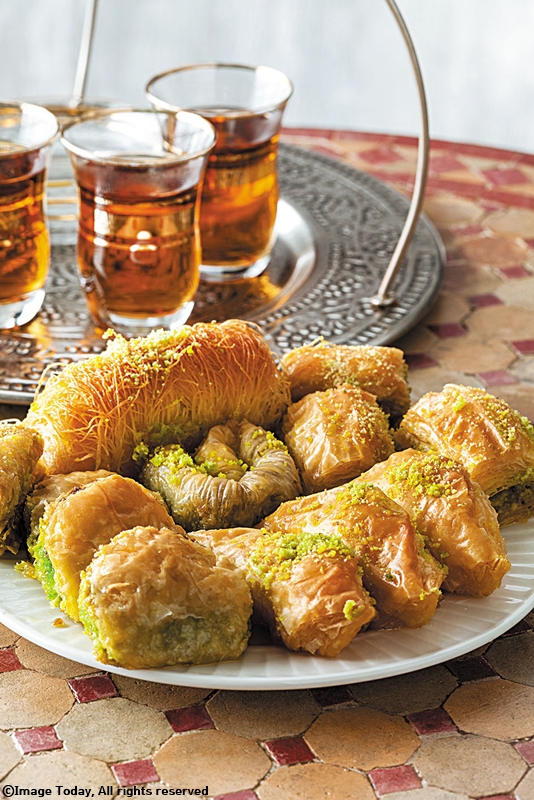 Tea is often served with dessert in Turkey. Cay is a Turkish-origin black tea made with a mild Ceylon tea called Rize, named after the city. The country's most well-known desserts are baklava, a sweet flakey layered pastry and dondurm, a uniquely chewy taffy-like ice cream famous for the interactive game played while purchasing the treat.

"Cappadocia" is the oldest and most famous Turkish restaurant in Busan, with various themed souvenirs on display. There is a bite for everyone from appetizers to main dishes to desserts. A single kebab is about 13,000 won. For 6,000 won extra, you can make it a set that includes ekmek, soup, dessert and tea.

How to get there: Dusil Station (metro line 1), exit 8. Walk for about seven minutes.

Here a kebab will only cost you 5,000 won and don't fret. Other street food is available. The market lends a traveling fair atmosphere and runs from 7:30 to 11:30 p.m.

How to get there: Jagalchi Station (metro line 1), exit 3. Walk for about 10 minutes.