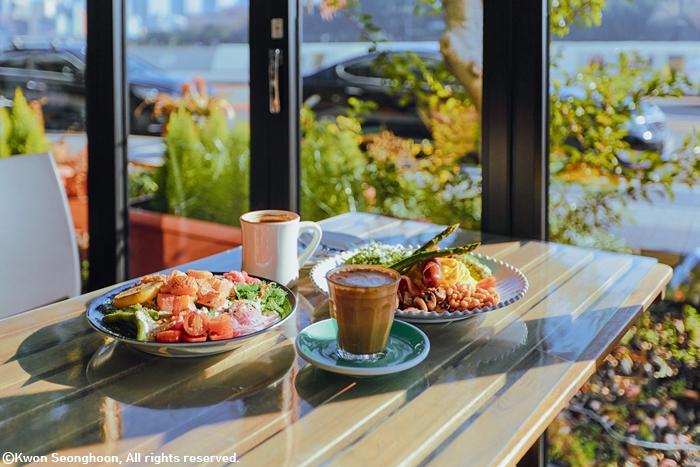 △Take a bite out of one of the many succulent Australian-Asian fusion menu options, at a terraced cafe, within reach across the city.

In October 1994, Victoria, a state located on the southeastern coast of Australia, became Busan's "Sister city." That year at an exhibition in Melbourne, the state capital, the history between the two countries began. Both cities, being their perspective centers of port transportation, signed a maritime cooperation agreement to exchange information and technologies related to the red tide phenomena and its harmful effects.

In the past, meat pies, steak and barbecue were considered typical Australian dishes. These days cafe items are the pinnacle of dining "down under."

In Korea, cafes are the ideal place to drink a coffee and a chat. However, in addition to beverages and conversation, Australians like eating brunch outside at terraced cafes to enjoy the fresh air while eating a meal. Since the 1990s, having breakfast around lunchtime has become a worldwide sen-sation; Busan is no different.

Australian brunch and breakfast foods are not that different from other western countries. The names and appearances of popular dishes such as "eggs benedict" and "french toast" are quite similar. However, the flavor found, while digging in, can differ significantly based on their location. The island is chock-full of fresh ingredients. As a result, many restaurants and cafes use organic food, when possible. 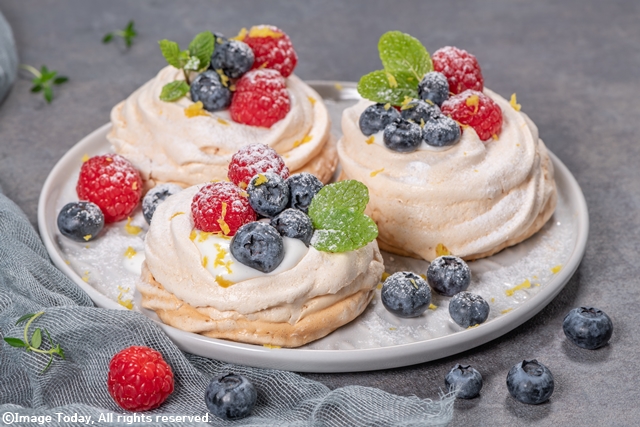 △Decadent pavlovas are both creamy and crunchy.

Desserts are a must at cafes in Australia, where many people take home cakes or cookies after having brunch. Typical treats are "pavlovas" and "lamingtons," Australia's quintessential desserts. Pavlova is a baked meringue-based layered cake topped with whipped cream and various fruits, historically created to commemorate the visit of the legendary Russian ballerina Anna Pavlova in the 1920s. A traditional lamington is made from vanilla sponge cake, which is coated in chocolate and topped with coconut. This goodie is usually served in multiples and is said to be named after Lord Lamington, who served as the governor of Queensland in the late 19th century. 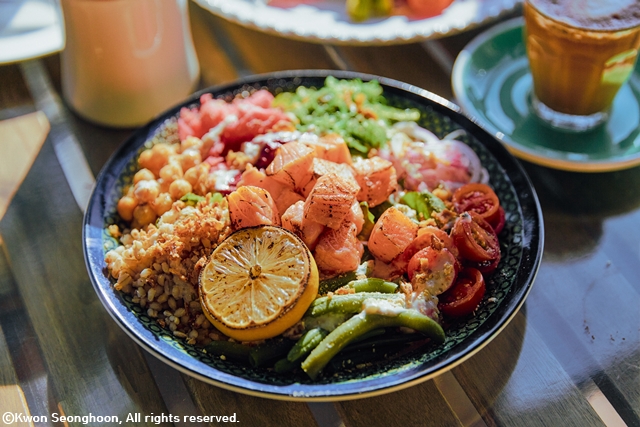 The chefs and baristas here are from Sydney. From the flag in the entrance to the exotic props scattered throughout the interior, the restaurant radiates Australian brunch culture.

An eco-friendly restaurant, which  takes pride in the quality of its dishes. They use high-grade ingredients such as organic wheat, raw sugar, free-range eggs and locally-sourced vegetables.