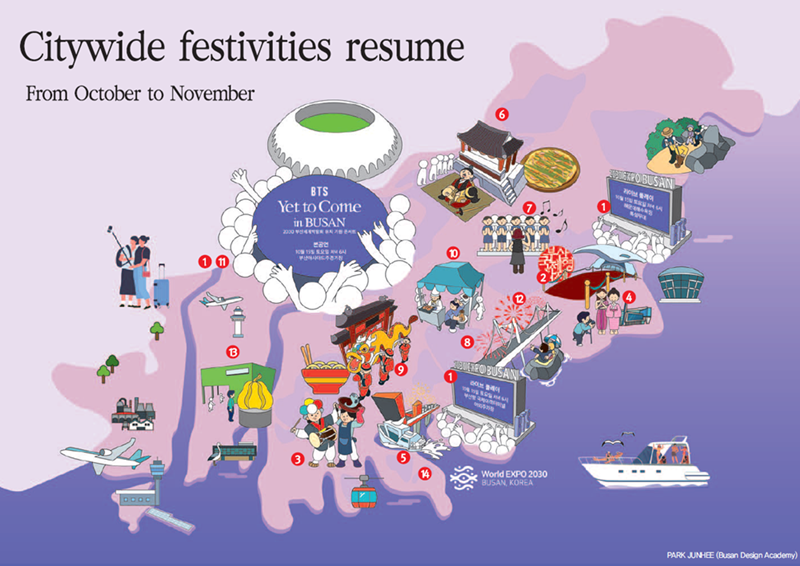 At the Yurari Plaza near Jagalchi Market, the nation's largest seafood market, the Busan Jagalchi Festival opening ceremony begins at 2 p.m. with a fish-catching ritual. Concerts and busking will follow in the evening with a fireworks display at 7 p.m.

Reasonably priced fresh and dried seafood is available in addition to free tasting events. Seaweed soup is available on the first day, abalone porridge on the second, blowfish soup on the third and anchovy rice balls on the fourth and final day.

How to get there: Nampo or Jagalchi Station (metro line 1), exit 2 and 10, respectively. 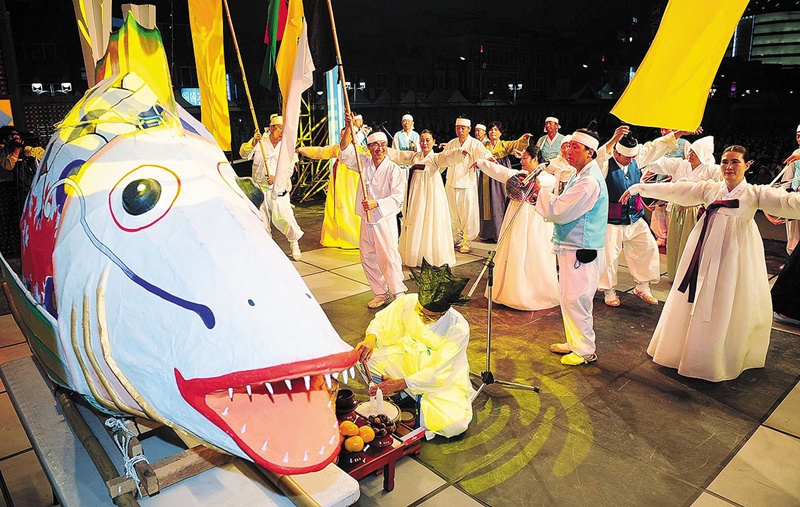 The only festival featuring the folk culture of a fishing village in the Joseon Dynasty in Korea is the Gwangalli Eobang Festival. As Busan's first developed fishing area, it typically fills with people hoping to catch a bite. "Eobang," or fishers' cooperative organization, originated during the Joseon Dynasty. The festival encompasses these ideas through traditional activities.

Highlights of the event include an opening ceremony with a drone light show and musical, a traditional parade featuring the Naval Force Commander of the Gyeongsangjwa-do, a changing of the royal guard ceremony and a reproduction of a fishing village during the Joseon Dynasty. Other experiences such as a fish dish contest, theater performances and SUP experience programs are also scheduled. 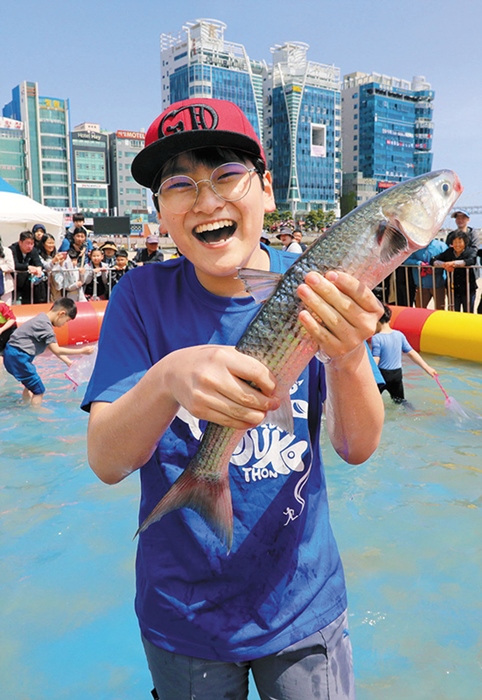 Yeongdo Bridge was the passageway that comforted refugees during the Korean War. Busan's uniquely bridge-themed festival is composed of an abundance of performances and participating programs. Yeongdo Bridge raising performance, marine firework display, parade, citizen singing contest, Yeongdo fishing competition, a maritime leisure experience at the marine training center of Korea Maritime and Ocean University and more are planned for this one-of-a-kind event.

How to get there: Nampo Station (metro line 1), exit 8. Walk straight for about five minutes. 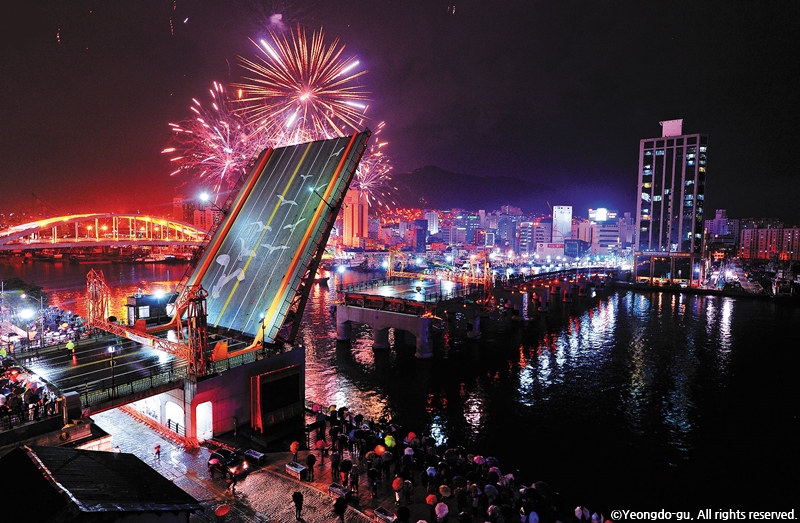 The Dongnaeeupseong History Festival will feature a parade announcing the appointment of a new Dongnae Magistrate. Additionally, a performance re-enacting the battle of Dongnaeseong Fortress during the Japanese Invasion of Korea in 1592 is scheduled.

Visitors can travel over 400 years back in time via experience programs. Learn what it's like to get married or even shop during the Joseon Dynasty. Puppet shows, musicals, games and orchestra performances are planned. A popular aspect of the festival is the food court with Dongnae pajeon (Dongnae-style green onion pancake), jeon (pancake), gukbap (rice soup), noodles and more. 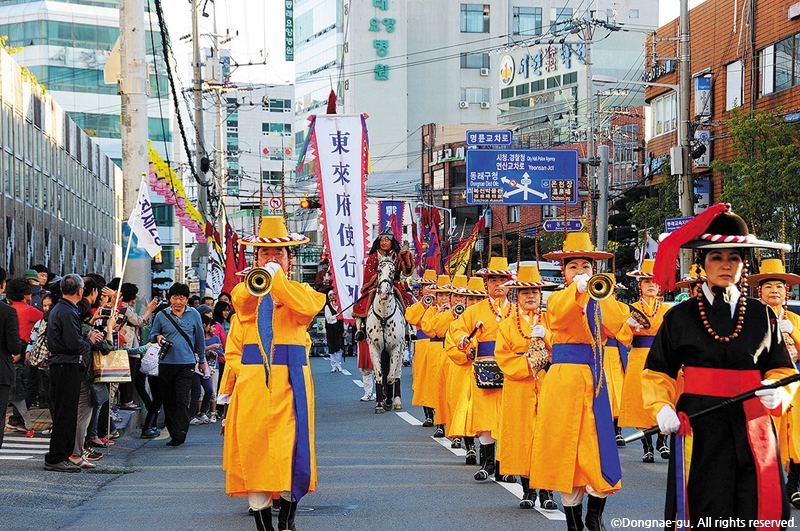 The Busan Chinatown Culture Festival is held around Choryang Chinatown Special Zone. The zone came to be when Chinese citizens gathered in Cheonggwan Street after the Qing Dynasty Consulate General was established in 1884. During the festival, red lanterns are installed along the street and main venue, the Choryang Overseas Chinese Junior and High School, which hosts various events, including traditional music, dance performances and busking. There are also cultural experience booths, a food court and Chinese cultural street performances. 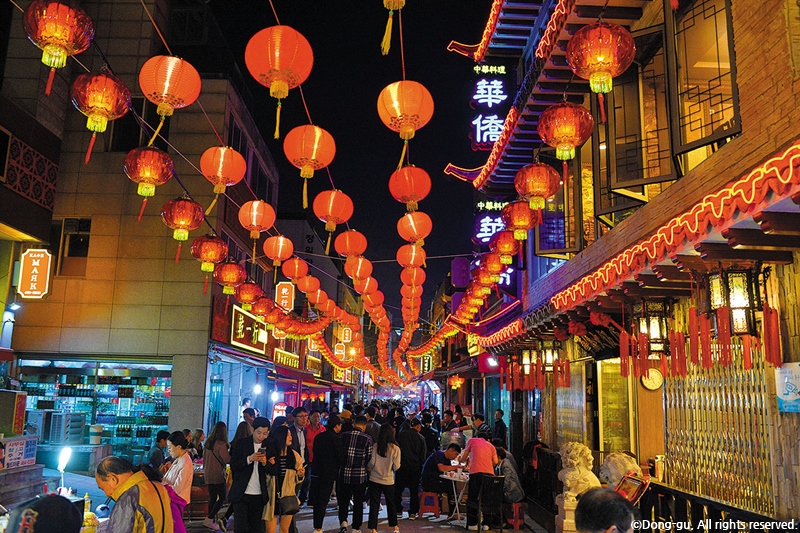 Opening with a performance by The Swingles, a global ensemble on Oct. 19, this four-day festival and competition is held at various areas around the city, such as Haneulyeon Theater of Busan Cinema Center and Sohyang Theater Shinhancard Hall. The Swingles are a five-time Grammy Award-winning ensemble that draws from many genres of music. Visitors can watch the American barbershop quartet After Hours, the Telkom University Choir from Indonesia and Imusicapella from the Philippines.

How to get to Busan Cinema Center: Centum City (metro line 2), exit 12. Walk for about seven minutes.

How to get to Sohyang Theater: Centum City (metro line 2), exit 6. Walk for about 10 minutes.

In Geumjeong-gu, the La La La Festival fills walkways and underpasses with food, coffee and accessory pop-ups. In particular, visitors can stop by booths with artisans creating handmade pieces. Special baking and barista programs are available around the festival. Some nearby coffee, bread and dessert shops are slated to provide discounts during the festival.

How to get there: Pusan National University Station (metro line 1). Go to the Oncheoncheon Stream area below. 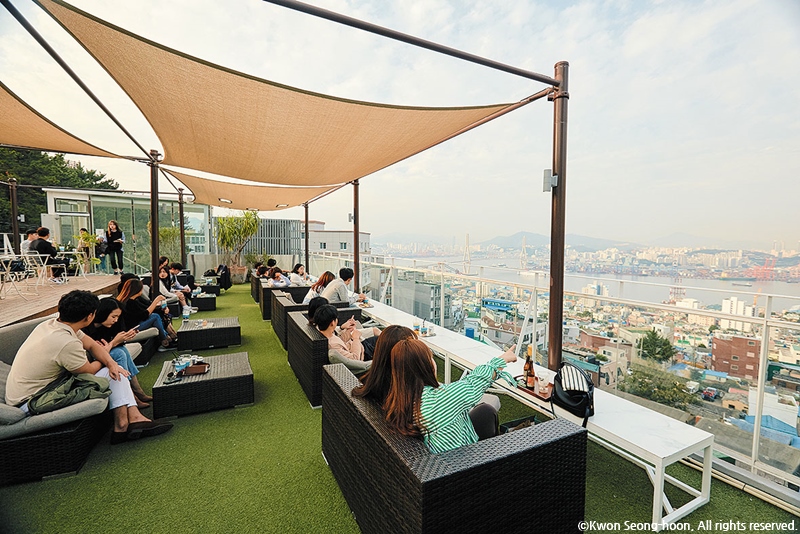 Yeongdo Island is known as "coffee island" and thus, it hosts the Yeongdo Coffee Festival. Over 100 booths, 80 companies and two farmers spanning 11 countries will join the event. The festival and promotional booths, including special tea, machine, coffee material, coffee-producing government and dessert, will commence with a hand drip brewing performance. The World Coffee Championship of Korea, experience programs related to coffee, busking and a photo zone will operate as part of the festival.

How to get there: Nampo Station (metro line 1), exit 6. Take bus 186 and get off at Korea National Maritime Museum stop.