The railway, which opened in 1935 during the occupation, was used by the Japanese military to transport goods. After Korea gained its independence, it became popular among locals and youths. Unfortunately, the number of passengers decreased due to the expansion of public transportation. Since reopening the tracks from Mipo to Songjeong, in 2013, the Green Railway has become much more than just a way for trains to travel. The railroad stretching, from Haeundae Olympic Intersection to the previous Songjeong Station, was refurbished and reborn as the Busan Green Railway promenade, the perfect way to stroll through greenery and nostalgia. Usually broken up into two courses, we'll describe the 4.8-kilometer course starting in Mipo first. Walking along the coastal trail, you can find the Blue Line Park and other hot spots that will be well worth the journey.

Tickets can be purchased at Mipo Station and Cheongsapo Station. It's also available online. Packages, including both the train and capsule, are available, as are discounts based on residency and time. 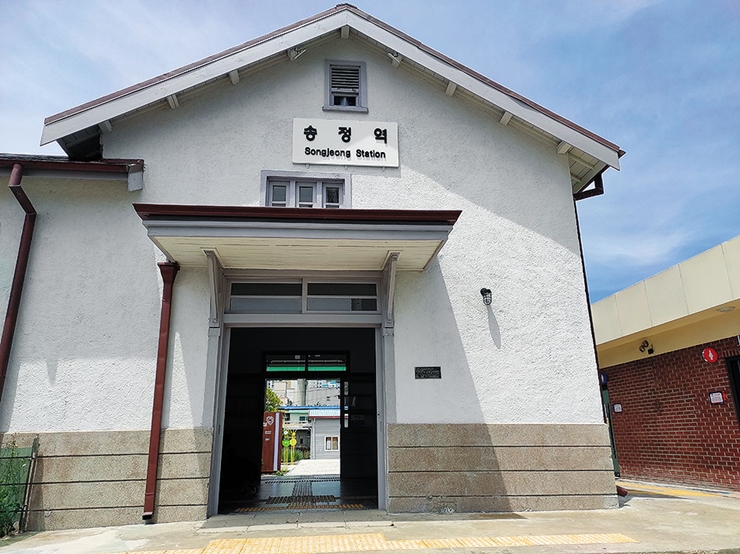