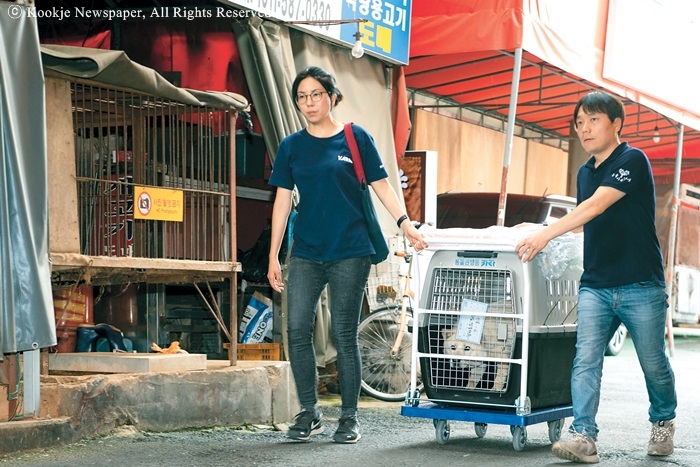 The Gupo Livestock Market opened after the Korean War and was one of the largest dog meat markets in the nation. The market reached the peak of activity between the 1970s and 1980s, with about 60 vendors. This number began to decline around the 1988 Seoul Olympics. By the time of its closure last month, the number of dog-meat sellers had fallen to 19.

More than 80 dogs in the market were liberated after its closure. The rescued dogs are now protected by the Korean Animal Welfare Association, Korea Animal Rights Advocates (KARA), the Korea Alliance for the Prevention of Cruelty to Animals (KAPCA) and Humane Society International. All dogs will receive medical checkups, vaccinations and further care.

Korea has a long history of eating dogs. While dogs were precious to nomadic communities, cows were more important to those in agricultural ones, such as the kinds that existed on the Korean peninsula. This meant that boshintang (dog meat soup) was a staple food of early societies. There are ancient murals in tombs from the Goguryeo period depicting consumption of the animals. Even a book from the Joseon dynasty details the health benefits of dog soup. This began to change, however, with the nation's hosting of the 1988 Olympics. The practice of consuming dog meat was not as common around the world, and the matter became controversial. People have also been living with more dogs, which has contributed to the decline in the consumption of dog meat. This is particularly true among the younger generation. 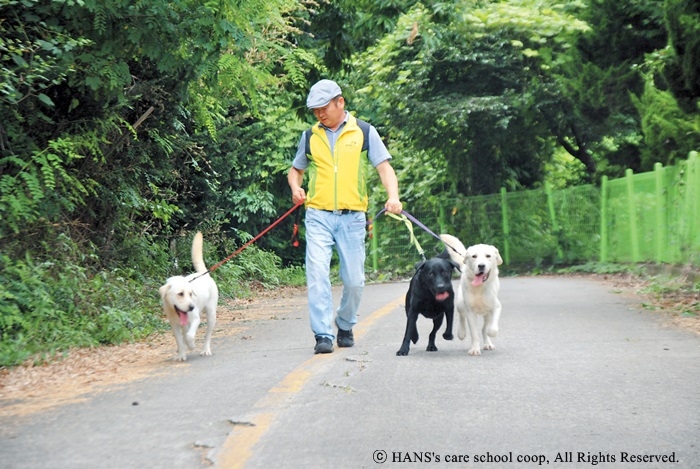 The planned park will feature a dog playground and facilities dealing with the welfare of people's pets. The sounds of the the Gupo Livestock Market, once marked by frightened whines and whimpers, will now be replaced with barks of play.