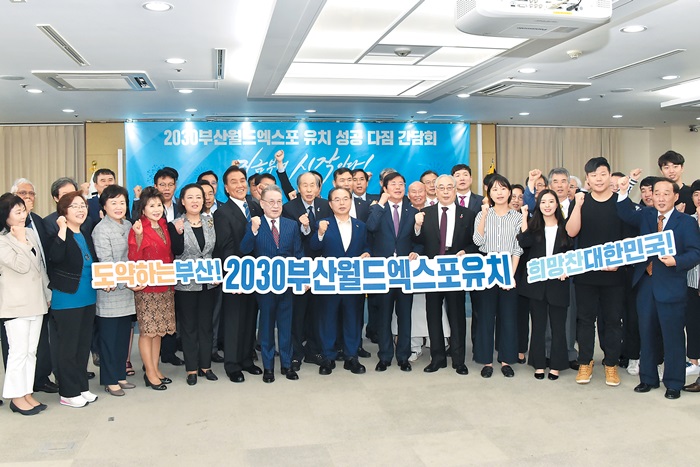 Busan has high hopes to host one of the biggest events on earth: World Expo 2030. More formally known as  "International Registered" expo-sitions, world expos are exhibitions of culture and industry that have been ongoing since 1851. President Moon announced on May 14 that Busan's potential hosting duties are a matter of national importance. Of course, this has been the talk of the town for years already; City Hall and Busan's 3.5 million citizens have been putting in great efforts to land the event since 2014.

World expos operate for six months every five years. They are also known as "world fairs," "international expositions," "universal expositions"or simply "expos." There is no limit to the size of a world expo.

There are also "specialized" expos, known formally as "International Recognized" expositions. These are middle-sized events that open for three months with a size limitation of under 25 hectares. Korea hosted specialized expos in Daejeon in 1993 and Yeosu in 2012, but the nation has never been home to a full world expo.

World expos have a celebrated history. The first was held in the United Kingdom in 1851. In 1899, the Eiffel Tower in Paris was built to celebrate the city's hosting of the 1900 event. Historically, world expos are known to be as big a global event as the men's FIFA World Cup and the Olympics.

Busan has reason to be confident it will host the expo. The city's infrastructure is sound with roads, railways and accommodation. Ad-ditionally, Busan has successfully held international events such as World Cup matches and the Asian Games. The city continues to be host to numerous summits, including the APEC Summit in 2005 and this year's summit between Korea and the Association of Southeast Asian Nations.

Understandably, Busan's desire to host World Expo 2030 is not without competition. It is expected that a total of six or seven nations including Russia, Azerbaijan and France will also throw in their names. It is only natural that hosting such a large event be competetive, and at the end of the day, the Bureau International des Expositions will have final say by selecting the host city in November 2023. 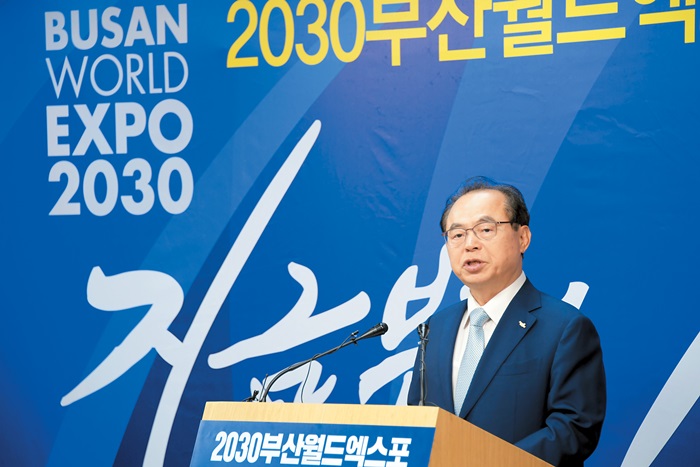 If Busan is chosen, World Expo 2030 will be held around Busan Port from May 1 to Oct. 31 of that year for a total of 104 days. In addition, it is expected that around 50 million visitors from 160 nations will participate.

City Hall is already busy at work preparing for the expo and wants to build a new airport in Busan for it.