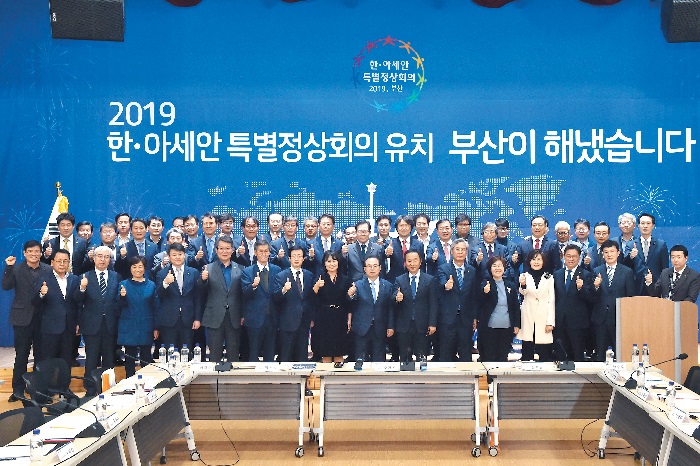 Busan is hosting the historic 2019 ASEAN-ROK Commemorative Sum-mit, which will honor 30 years of dialogue relations between South Korea and the Association of Southeast Asian Nations (ASEAN), on Nov. 25 and 26. World leaders from around Southeast Asia will attend. North Korea's Kim Jong-un is also a potential participant.

ASEAN is a regional intergovernmental organization made up of 10countries from across Southeast Asia. Although South Korea is not geographically in Southeast Asia, it still has dialogue relations with the group.
On April 1, President Moon made a statement, saying that Busan was chosen to host the summit due to its "accommodations, conference facilities and willingness to hold the summit." The president also added that the city has experience holding a number of summits, including the ASEAN-ROK Commemorative Summit in 2014. This year's summit will be the largest international conference to be held in Korea since President Moon's inauguration in May 2017. 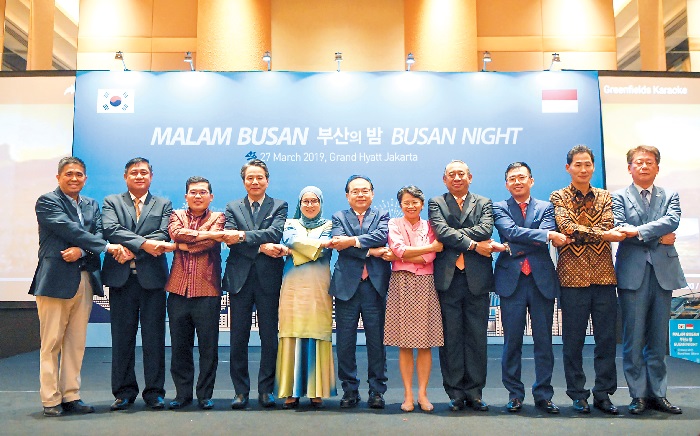 Thousands to visit Busan
The summit could send Busan into a rarely-seen state of hustle and bustle. The leaders of all 10 member nations are expected to take part in the summit. Lim Jock Hoi, the ASEAN Secretary General, will also participate. All in all, a total of 10,000 visitors are expected to come to Busan, including government officers and public entrepreneurs. Finally, and perhaps most spectacularly, the Supreme Leader of North Korea Kim Jong-un is likely to join the summit. The idea to invite Kim was originally proposed by Indonesian president Joko Widodo, and while the organization's leaders have responded well to the idea of Kim's potential attendance, it seems that they will further analyze the situation on the peninsula before deciding whether or not to formally extend the invitation.
Following the summit's com-pletion, the government plans to host the Korea-Mekong Summit in order to strengthen cooperation with nations around the Mekong River.

Busan prepares
City Hall selected BEXCO and Nurimaru as sites for the summit, both of which have experience holding such events. BEXCO held the 2005 APEC Summit while Nurimaru hosted the 2014 ASEAN-ROK Commemorative Summit. City Hall is additionally planning a wide variety of cultural events such as a culinary festival, a K-Pop concert and screenings of Southeast Asian movies.

The New Southern Policy
Busan mayor Oh stressed his desire for the city to strengthen its global position as the Northeast Asian marine capital by using the summit as momentum. "Busan will be able to boost its economic growth through cooperation ... and promotion of the new southern market of ASEAN countries." The mayor added his hopes for the summit to help President Moon's `New Southern Policy' of boosting ties with Southeast Asia. "This year marks the 30th anniversary of establishing dialogue relations between Korea and ASEAN. The summit will accelerate the New Southern Policy put forth by president Moon and will become a great historical moment that celebrates peace on the Korean peninsula."

ASEAN and the Bangkok Declaration

ASEAN was founded in 1967 with five nations. Over time, five more joined the organization.

What is ASEAN?
ASEAN is the Association of Southeast Asian Nations and has 10 member countries (Brunei, Cambodia, Indonesia, Laos, Malaysia, Myanmar, the Philippines, Singapore, Thailand and Vietnam). ASEAN was officially launched on Aug. 8, 1967, when Indonesia, Malaysia, the Philippines, Singapore and Thailand signed the ASEAN Declaration, also known as the Bangkok Declaration.
The goals and purposes of the Bangkok Declaration are economic growth, social progress, cultural development, regional peace and stability, mutual cooperation in education and research and cooperation for improving the standard of living of people.
Among ASEAN nations, Busan's sister cities include Surabaya, Indonesia, Ho Chi Minh, Vietnam, Phnom Penh, Cambodia, Cebu, the Philippines and Yangon, Myanmar. The city holds a friendship-city agreement with Bangkok, Thailand.