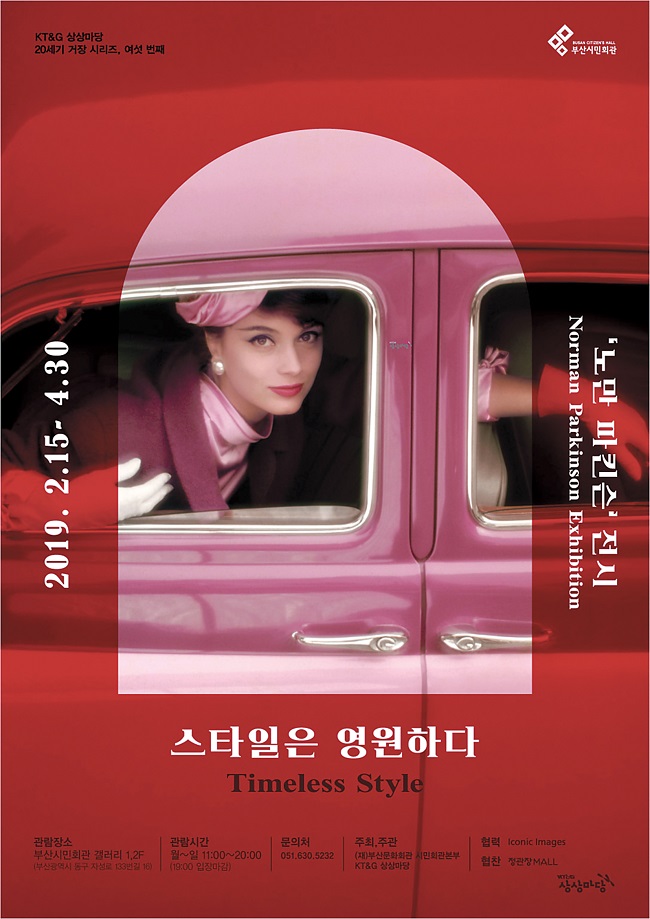 ﻿﻿Timeless Style will be exhibited through April 30.

Busan Cultural Center will present "Timeless Style" by revolutionary British fashion photographer Norman Parkinson from Feb. 15 through April 30.
Parkinson (1913-1990) is best known as a photographer for Vogue and Harper's Bazaar where he broke the staid trend of indoor studio photography and became a pioneer in taking photography to the streets.
In this retrospective exhibition, Busan Cultural Center will feature about 150 works from the legendary photographer that span across 50 years These range from countryside landscapes in the United Kingdom, a back alley in London to a gorgeous palace. This exhibition will include a number of sections such as "Street Photography," "Fashion Magazine," which consists of covers and photos from magazines and "Celebrity," which includes portraits of The Beatles, David Bowie, Elton John and Calvin Klein.
In conjunction with the exhibit, respected conductor Nanse Geum will perform at 11 a.m. and 3 p.m. on April 5. Accompanied by musicians, Geum will present a suite of favorites from the Classical catalogs as well as classics of the Golden Age of film from Vivien Leigh and Audrey Hepburn, who also appeared in Parkinson's work. Tickets for these music performances range from 10,000 to 20,000 won.
-Entrance Fees: 8,000 won for adults, 4,000 won for university students in arts majors, and 3,000 won for those younger than university age.
-Hours: 11 a.m. to 8 p.m. Tuesday through Sunday (last entrances at 7 p.m.). Closed Mondays. The Busan Cultural Center is open until 9 p.m. on "Culture Day," which is offered on the last Wednesday of every month.
-How to get there: Munhyeon Station (Metro line 2), exit 3. Walk along Dongseo Overbridge and cross the Dongcheon bridge. The Busan Cultural Center is ahead.