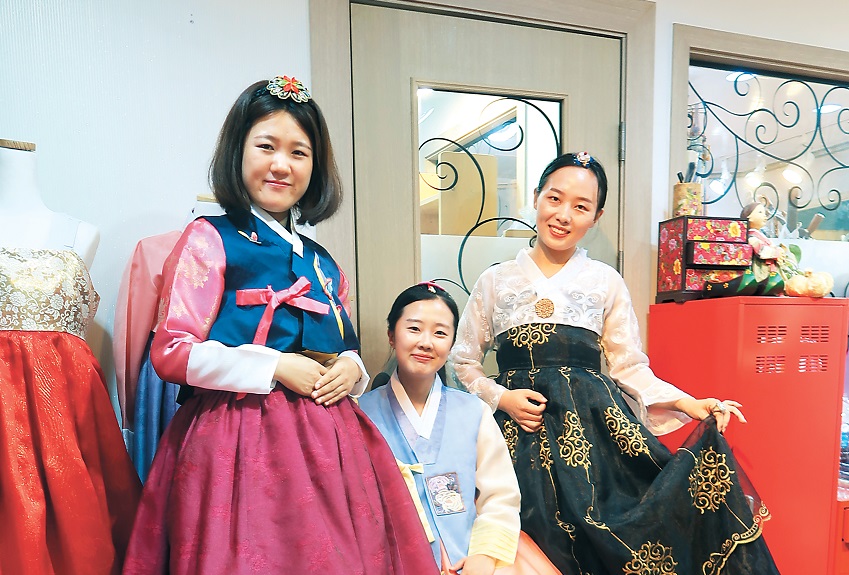 Then, there are those who want to learn Korean because they absolutely love Korean culture. They sing along to the latest K-Pop stars and copy their dance moves in the mirror. They follow each new drama on television with rapt interest. It was television, specifically variety shows, that brought Xie Yingying to Korea.

Originally from China, Xie Yingying is currently studying in the Graduate School of Interpretation and Translation at the Busan University of Foreign Studies. She decided to come to Korea, and Busan, because she loves Korea, its culture and language.

Today, Xie Yingying can speak fluent Korean, so well, in fact that some are surprised to find out she's not a native Korean. She has been studying the language since 2008, when she first entered university. She says she chose Korean as her major because of her interest in Korean variety shows.

"I always wanted to major in foreign languages since I was in high school," Xie Yingying says. "But, I wasn't thinking particularly about Korean. I watched one of the Korean variety shows when I was in high school by accident. I watched with subtitles, which spurred my motivation to learn Korean. Watching Korean variety shows was the only joy for someone like me, someone who was exhausted with studies in my third year of high school."

Xie Yingying spent her first year in Korea in Seoul. She always thought that she'd like to visit Busan but could not find an opportunity to do so amid the pressures of school.

Xie Yingying returned to China. After graduating from university, she got a job creating a Korean-language program at the Dalian Jinpusingu Broadcast. Then, she changed course. This is when she finally decided to become an interpreter. To achieve her goal, she came to Busan.

"My first impression of Busan was that this was a friendly place," Xie Yingying says. "It sounds more friendly and fun to hear the Busan dialect. Also, Busan people have a similar personality to people from my home-town. I am from Harbin, but I went to university and worked in Dalian. Dalian has beaches like Busan, which makes me feel comfortable and familiar being in Busan."

Xie Yingying has quite a tight schedule in Busan. Interpretation during the day, a Chinese lecture Fridays at the Asia Community School and Nam-gu Cultural Center, and studying in the evening. It might be tough to do all these tasks, but Xie Yingying's demeanor remains upbeat.

"I am happy when I do interpretation because I'm doing what I wanted to do," she says. "Lecturing requires lots of time to prepare to teach students and to study. But, many students improved their Chinese speaking skills, so I sometimes speak in Chinese with my students, or share Chinese culture with them. I really enjoy my time with my students."

One might wonder if such a busy schedule would allow someone any time to explore. Xie Yingying says she always finds a way to travel around Busan. "I have been to Gamcheon Culture Village, Dadaepo Beach, Geumjeongsan Mountain, and I've even been on a yacht," she says. "There are many places to recommend, but particularly I recommend Dadaepo Beach. Plus, I love Busan foods. All of the foods I have tasted were de-licious. Lately, I am in love with hotteok (sweet pancake) and eomuk (fish cake)."

Special thanks to Naeun Ha, editor of the Chinese edition of Dynamic Busan, for writing this interview.